The World Health Organization (WHO), the United Nations agency for the management of prevention, promotion and intervention policies in ​​health, has declared that CBD is safe, non-addictive and has a high therapeutic potential.

Due to the growing interest of UN Member States in the medical use of cannabis, for the last few years WHO has endeavored to gather solid scientific evidence on both the therapeutic use and side effects of cannabis and its components.

The main purpose of the Committee is the evaluation of the medical properties of substances susceptible to improper use, with a high potential for abuse and dependence or harmful to health; and the provision of recommendations to the  relevant bodies of the United Nations. 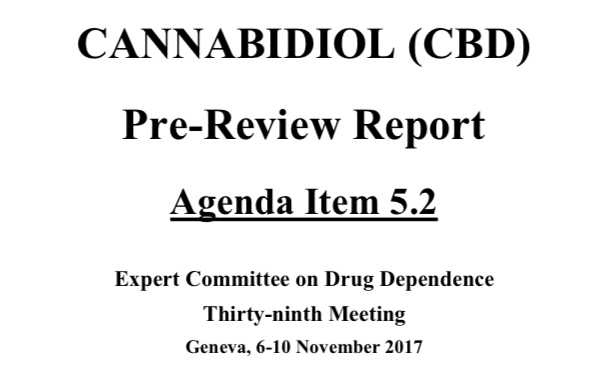 CBD is safe, since there is no evidence of recreational use or public health problems related to its use, it does not induce physical dependence, is generally well tolerated, and presents a good safety profile as well as not being associated with abuse phenomena, (unlike other cannabinoids such as THC).

Based on these considerations, WHO recommends that Member States do not categorize CBD as a drug and have commited to carry out an extensive review of cannabidiol, cannabis and related substances for the next annual meeting in May 2018 (to include cannabis plants and resin, cannabis extracts and tinctures, delta-9-tetraidrocannabinolo and isomers of THC).

In recent years many states have reclassified CBD as a pharmaceutical drug, and in the international market it is now possible to access pure CBD extracts and medicines, as well as cosmetic and personal hygiene products.

The publication of this report will surely allow many States to expedite the legalization of CBD and leave users, technicians and politicians awaiting eagerly the promised revision next May.

Researchers from Oxford University, the oldest English-speaking University and one of the most prestigious in the world, are preparing a study on the benefits of therapeutic marijuana for the treatment of pain, cancer and ...