The Minister of Health, Consumption and Social Welfare, María Luisa Carcedo, has declared this week in an interview with Julia Otero on Onda Cero that “cannabis is not a magical issue”. In this way, once again, socialist policy has rejected the legalization of the therapeutic consumption of the plant and the prayers of the thousands of patients who use it in their daily treatment. 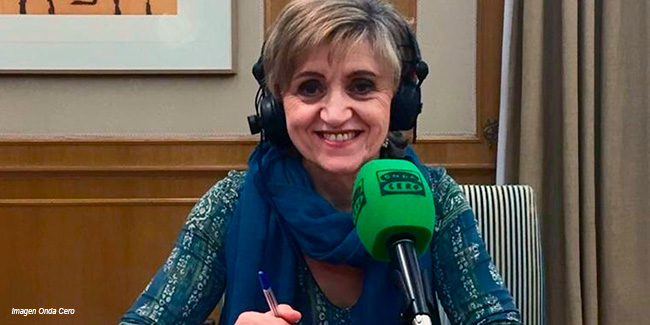 “There are a lot of people who favour legalizing the therapeutic use of cannabis. Once they asked the president of the Government, who was with Trudeau in Canada, and he said ‘I have enough on my plate already’. Do you have any plans to legalize cannabis? ” This is how journalist Julia Otero introduced the issue of medical cannabis to the Minister of Health, Consumption and Social Welfare, María Luisa Carcedo last Tuesday, January 29th.

“There are many people who defend their use in therapeutic cases,” insisted the journalist on her radio program, Julia en la Onda. “When we talk here (referring to your program) of breast cancer, for example, you do not know the amount … the avalanche of women who have gone through breast cancer treatment, chemotherapy and others, who defend the use of therapeutic cannabis.”

“My faith is limited to knowledge”

“Let’s see, I’m very Cartesian,” the minister replied laughing, “I am a devotee of knowledge, that’s what I always say. My faith is limited to knowledge, “she continued. “And in this case I always say the same thing, cannabis is not a magical matter or anything extraordinary. Cannabis like any other product or any other vegetation, in this case it is vegetation, a plant, which contains a product with certain conditions and certain characteristics and the active ingredient may be useful in some cases. “

She then explained that digoxin, for the heart, comes from a plant and that its active principle is extracted and applied with an adequate dose, “knowing its effect on the organism and its possible secondary effects, a dose is given”.

Minister Carcedo stated that the same thing happens with cannabis,

“There is a medicine that comes from cannabis. If health effects or certain diseases are discovered or investigated, as there is no limit on any other plant or on any other product … “

No magic or esoteric issues

Julia Otero summed up the minister’s speech saying that then the solution was to take it in pills, not smoking. To which María Luisa Carcedo replied,

“There is no magic here! Here there is no magic or esoteric issues, we are talking about science. And science is research. And the research tells you the behaviour of what substances, what disease, what effects it has, what dose should be administered, how often, what side effects it has … “

Faced with what was becoming a repetitive and cumbersome statement, Julia Otero interrupted again to urge her to continue the interview in other directions. But the Minister of Health, Consumption and Social Welfare continued, “the therapeutic effects is that process that I have just described, it is the medicine, which requires safety, requires quality and requires scientific rigor in the effects it produces”. 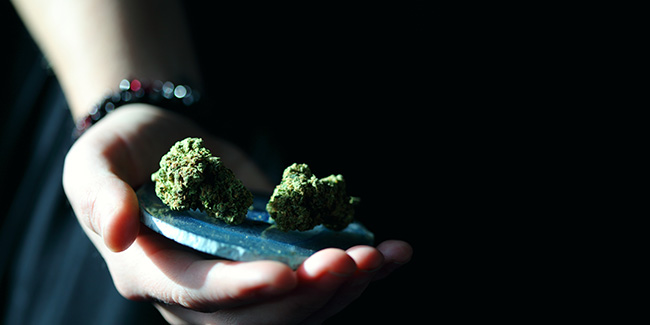 Looking the other way is not the solution

In this way, the minister once again dragged her feet on the regulation of cannabis and showed little knowledge about the reality that patients who follow a cannabis treatment live on a daily basis. The same patients who have asked the government many times for urgency, since their pain is now and they can not wait any longer for political parties to reach an agreement, nor for the eternal administrative and bureaucratic procedures.

María Luisa Carcedo says that there is already a medication, we imagine that she is referring to Sativex. But this is very reductionist, especially because it is a product that has a price that is too high for many pockets, € 510 and getting it is not so easy either. As the association Dosemociones have proclaimed many times, what is needed is knowledge of the  patients, their day to day.

As pointed out by the Spanish Observatory of Medicinal Cannabis in its last press conference of the year, “the non-regulation of certain substances entails the non-control of the substance”. So the only solution for activists and patients in the country is through an urgent regulation of cannabis for medicinal purposes.

Otherwise, patients will continue to play a lottery without guarantees, buying products online from other countries, not knowing how they will feel; going to the black market to buy the flowers; or risking being stopped by the police, by carrying their medicine on them. Regulation is a reality in many countries and medical cannabis is helping tens of thousands of people around the world. Therefore, the statements of the minister are just like looking the other way.

Fungi that can affect cultivation of cannabis

We are going to cover types of fungi that can appear in our cannabis culture, what the conditions for them to appear are, and how we can prevent them. Fungi are ...