Industrial hemp finally legal at federal level in the US

Hemp and its derivatives are no longer in the Controlled Substances Act. On December 20, the President of the United States, Donald Trump, signed the Agricultural Law of 2018. In this way, the plant went from being on the List 1 of Narcotic Drugs to being redefined as an agricultural product and to being legal at a national, federal level, in the 50 states that make up the country. This is intended to boost the agricultural industry and is estimated to bring great economic benefits.

The Farm Bill is the annual law that oversees regulations and funding for the entire US agricultural industry. This year was noteworthy as finally the federal legalization of industrial hemp was included. This regulation ends more than 80 years of federal prohibition and it is estimated that the benefits can reach more than 22,000 million dollars in the year 2022.

From now on, the Department of Agriculture will be the body that supervises industrial hemp crops. This law will allow the planting and trade of hemp between states, as well as hemp products – meaning that the Drug Enforcement Administration (DEA) will no longer be able to impede interstate commerce in hemp products. And these products can be transported from one state to another without fear of arrest, provided that they comply with the instructions of the Food and Drug Administration (FDA).

From illegal narcotic to legal cultivation

Paper, textiles, food, construction materials, medicine, cannabidiol articles (CBD) … More than 25,000 products can be produced with hemp from January 1, 2019 in a legal manner. The US will become part of the global market. In this way, a plant that has been fundamental in world history, will once again start to be considered a crop and stop being controlled and sanctioned as a narcotic, as it has been until now. 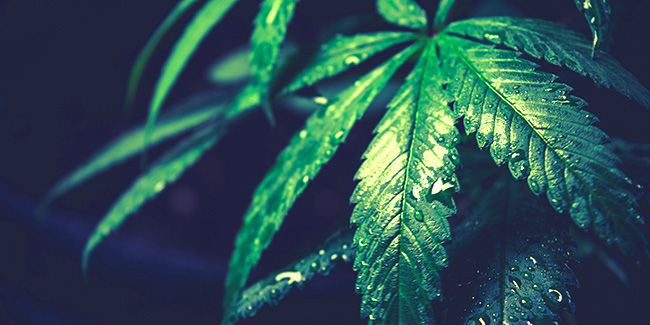 This historic step has an precedent in 2014. Back then President Barack Obama signed a draft allowing hemp to used in research programs. And by 2017, 19 states had cultivated more than 25,000 acres of the plant. However, this situation still had limitations, since each state regulated in its own way and most hemp was still imported.

In addition, until now, industrial hemp was still considered identical to psychoactive cannabis and was therefore in Schedule I of the Controlled Substances Act. So the people who cultivated or used it faced strict sanctions. And, of course, all the benefits the plant brings were ignored.

There are points that will not be modified with respect to the Agriculture Act of 2014. Only industrial hemp will be considered to have less than 0.3 percent THC. If plantations have 0.4 percent or more of THC, farmers will be obliged to destroy the entire crop. And, although in smaller quantities, industrial hemp may still contain THC.

Still much work to do

What will happen to the clause of the Senate-approved amendment that prohibits people with drug convictions from participating in the hemp industry? The good thing is that if the conviction took place more than ten years ago, this expires and that person will be able to grow hemp.

There are still many uncertainties that, we assume, will be cleared as time goes by. The benefits are many and from now on the industrial hemp farmers will be able to do basic things that until now were unthinkable, such as deduct expenses from taxes, access federal insurance for crops, and apply for a loan or water rights.

Addiction or tolerance, withdrawal or desire?

After several years of use, anyone can develop an addiction. When this consumption becomes a habit, and if the intake is so commonplace that it becomes systematic, it can lead to a greater tolerance ...

A study has revealed that cannabis use by Americans aged 65 or older increased by 250% between 2006 and 2013. It seems that third agers are the sector of the American population in which ...