New Zealand submits cannabis regulation to referendum: what does the bill say?

“Do you support the Cannabis Legalisation and Control Bill?” The 4.8 million people who make up the population of New Zealand will answer this question on 19th September. In addition to the general election on this date, the country will vote in a referendum on the regulation of cannabis and euthanasia, two issues prompting much debate in societies around the world today.

But the cannabis referendum is not binding even though it has been sold as such. If more than 50% of people vote ‘yes’ in the referendum, the New Zealand Government explains that after the general election, the incoming government may (not must) introduce a bill to Parliament – although it is assumed that this will happen if the current party in power has a repeat term from September. On the other hand, if the main opposition party, the New Zealand National Party, wins the elections, a ‘yes’ result of the referendum is less likely to move to legislation.

The referendum on recreational cannabis is the result of an agreement reached between the New Zealand Green Party and the Labour Party in 2017 that allowed the latter to form a government. For the moment, the current Minister of Finance Grant Robertson, former Prime Minister Helen Clark (currently director of the Helen Clark Foundation), and the New Zealand Drug Foundation have already expressed their support for a ‘yes’ result. The main organisations campaigning for a ‘no’ result are the Christian Family First New Zealand and the New Zealand Medical Association (NZMA), the country’s leading medical association.

The bill regulates the cultivation, sale, purchase and consumption of cannabis. It establishes 20 years as the minimum age for the legal consumption of cannabis; minors who are caught consuming or in possession of marijuana will face penalties of working to benefit the community, attending educational workshops, or the payment of a small fine that is yet to be determined. The amount you can buy or have on your person is set at 14 grams per of dry cannabis or seeds per day. As for fresh cannabis, the maximum weight increases to 70 grams, 210 grams for edible cannabis products and up to 980 grams for cannabis-derived liquids. It also allows self-cultivation of up to two plants per person and four per home. However, it prohibits consumption in public places.

However, the law prohibits the sale of products such as beverages that contain cannabis; this includes those that – in addition to cannabis – contain substances that are known to interact badly with it, including alcohol and tobacco. It also expressly prohibits feeding animals cannabis or cannabis derivatives. 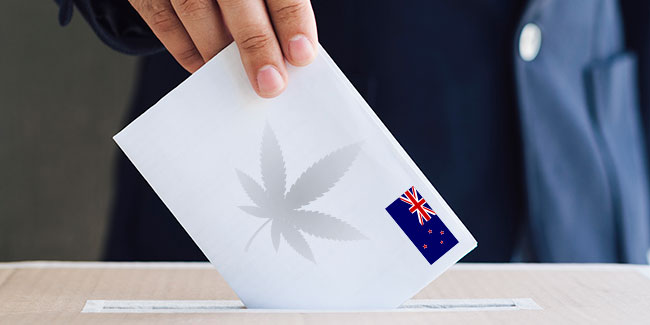 To this day, the New Zealand Misuse of Drugs Act 1975 includes cannabis seeds and plants as a moderate-risk, illegal class C drug along with codeine. On the other hand, cannabis oil and hashish are included in class B illegal high-risk drugs together with ecstasy and amphetamines.

According to the New Zealand Police website, cannabis-related convictions range from fines of five hundred New Zealand dollars (€ 274.25 according to the May 2020 exchange rate) for possession to 14 years in prison for distribution or production. As well as a fine of NZ$2,000 (€ 1,097), growing cannabis in this country can lead to prison sentences ranging from two to seven years depending on the amount.

The exception has been medical cannabis since December 2018 when the New Zealand Parliament approved the medicinal use of marijuana, which has been available on prescription for patients with chronic pain since then. A year prior to this, CBD had been removed from the list of illegal drugs.

Trinidad and Tobago could very soon join the list of countries that have decriminalized cannabis, a legalization that will open the door to the development of a national cannabis industry and ...