Coronavirus crisis fuels Aurora Cannabis, but its accounts are still a mess.

The coronavirus crisis has served the giants of the international cannabis market well. Or at least that’s how it’s been for Aurora Cannabis, second in the industry in global level turnover. Founded in 2004 in Ontario, Canada, the company has recovered a good part of the market value that it lost in the last fourteen months. In May, its shares on the New York Stock Exchange increased by 158% after the financial results of its third fiscal quarter of 2020 (which covers the months of January to March of the current year in Canada, and which would be the first fiscal quarter in Spain) became known.

In those first months of 2020, Aurora Cannabis increased its sales by 16% compared to the previous quarter (October to December), from 65.14 million Canadian dollars to C$75.52 according to the company’s accounts. This sales increase could have been the result of the coronavirus crisis. As detailed by CNBC at the end of March, the cannabis industry was reaching record sales by then: thousands of consumers were buying large quantities to stock up during confinement, and cannabis dispensaries were deemed an essential service in Canada and areas of the United States where recreational and / or medicinal cannabis are already regulated. This also benefitted Canopy Growth, the largest cannabis company: in 2019, it also saw its shares fall (by 70%) but has recovered by 25% due to the crisis.

But Aurora Cannabis’ results are not all that positive. In the same third quarter, the cost of products sold increased to C$43.6 million (compared with C$28.9 million in the previous period); gross profit dropped to C$27.4 million, little more than half of what was earned in the previous period (C$52.6 million). And here we can ask ourselves two questions: if sales have increased, why have profits halved? And why, if after looking at them it’s evident that Aurora Cannabis’ accounts aren’t too favourable, did the company experience a rise on the stock market this May?

Just a few weeks before this recovery, Aurora Cannabis had had to reduce its number of shares on the New York Stock Exchange, where its price had dropped to a dollar per share versus $9 in early 2019. To avoid being de-listed from the New York Stock Exchange, Aurora Cannabis reduced its number of shares, giving each shareholder one for every twelve owned.

The burden on Aurora Cannabis’ accounts are purchases made in previous years. In 2018, one purchase was Med Releaf (one of its main rivals in Canada) for 3,200 million Canadian dollars – €2,093 million according to the exchange rate at that time.

Aurora Cannabis is the main sponsor of the Cannabis Europe platform in Madrid. In Europe it’s based in Berlin, and has become one of the main importers and distributors of medicinal cannabis on the continent, and also in Spain although the Spanish Agency for Medicines and Health Products has not yet been granted a licence to grow cannabis. 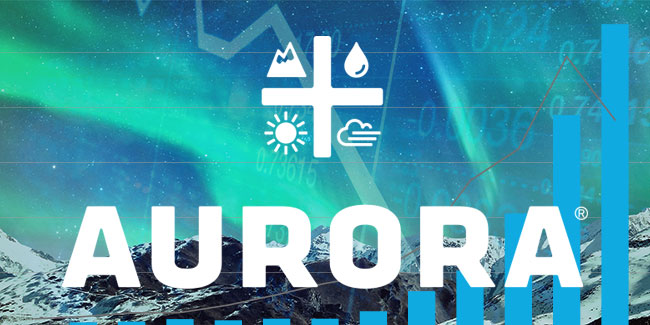 As appears in the report to investors, Aurora Cannabis sold 12,463 kilos of marijuana between July and September 2019. Each gram has a production cost of 0.85 Canadian dollars and 1.90 sales costs, reaching a profit margin of 58%. The selling price is around C$4.76 per gram as reported by Market Watch in February.

The first time I bought an AriZona iced tea was when I lived in the Netherlands, the coffeeshops country. How could I imagine that four years later this beverage company was going to include ...