What will be the next thing in the USA, now that the regulation of cannabis opened so many ‘niches’ in the market? Artists that focus their creations in different forms of cannabis-cigarettes? Such a person exists and lives in Oregon. His name is Tony Greenhand and he is dedicated to create sculptures filled with marijuana in a huge variety of ways. He sells them and has considerable demand and many requests.

Imagine that, instead of a ‘piñata’ or a themed birthday cake, you want to give to a friend a unique marijuana cigarette, in the way that is best suited to one of his hobbies. A Pikachu, base balls, animals, spinning tops, Venetian masks, flowers, Mike Tyson, Bob Marley… Tony Greenhand is considered one of the best professionals in the world rolling marijuana cigarettes.

This fellow started to make these peculiar creations by accident, when he wanted to create a sculpture filled with marijuana to share with his friends. He got so successful among his peers, that now is devoted to doing this professionally. On daily basis, he receives plenty of requests online. Orders to roll cannabis cigarettes in different shapes and full of fantasy according to his customer’s wishes. In addition to just being a cannabis artist, Tony Greenhand is a cannabis grower, creator and manufacturer of concentrates. Wherever marijuana is, he is involved because this is the dream of his life.

He plays in different ways, achieving true art works. Although using different materials, also paint, his creations are 100% consumables. In fact, he calls it “art 100% smoke-able”. Most of his clients contact him through his social media channels. The Facebook community of Tony Greenhand has over 63,000 followers and his followers in Instagram reach 159k. He also is on Snapchat and Twitter. His success has been so big that once he commissioned a replica gun set in real size, of course with “AK-47”-cannabis inside,  sold for $ 7,000. 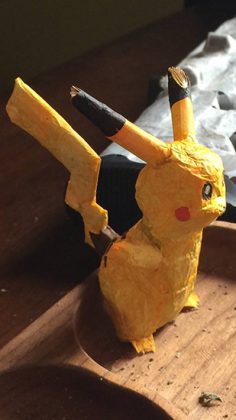 Besides selling, Tony uses his social media profiles to address his critique about the current situation in his country, the USA. There is no lack of incisive observations dedicated to the controversial candidate to the White House Donald Trump. He also enjoys posting tutorials. Would you like to learn how to make an ice cream cone shaped with marijuana filling? Tony Greenhand guides you step by step through the rolling process.

His motto is to bring people together through cannabis. “One marijuana cigarette is a way to share a unique experience with a group of people. I like to smoke it with everyone.” But this 26 years old guy also get thousands of likes with his thoughts. “I’ve always wondered what my career would be. Growing up, I would ask everyone about their lives and what led them to what they are now. Who they wanted to be was always different than who they were then. They always seemed to be struggling in some way. No one I talked to seemed trully happy with their decisions.” “Growing marijuana did not seem the best way to carve out a career, but there was nothing to stop me to get it. So, I started to grow and learn more and more about it. Years passed and I stopped fighting to start living. I realized when you stop believing in yourself you lost an opportunity. I have started a new list called impossible things to do, but there is nothing on it. ” 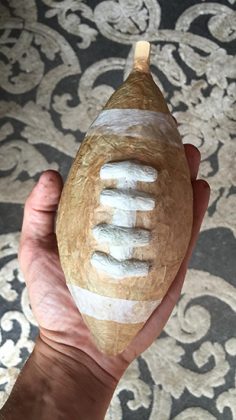 10 Eye-Opening Cannabis Books That Will Blow You Away

Interested in opening up a recreational marijuana dispensary? How about growing your own stash or even creating cannabis-infused cuisines? Knowledge is key when it comes to success in the cannabis industry. If you want ...

NBA and NFL ‘open to discussion’ of medical cannabis use

This is the breaking news from the National Football League (NFL). Adam Silver, commissioner of NBA, has declared that the entire organization is open to discussion about use of medical marijuana among NBA players. According to ...