“The debate is not about whether it will be done or not, but about how,” stresses deputy of Podemos Lucía Muñoz Dalda on the legalisation of the production, distribution, sale and consumption of cannabis. At 27 years old and originally from Palma de Mallorca, Muñoz is the youngest deputy of Podemos, the spokesperson for the Joint Commission for the Study of the Problem of Addictions, and one of the people in Podemos who is actively working to promote a comprehensive cannabis law that they hope to be able to define and present in this legislative period.

“We’re seeing that the business sector doesn’t laugh when you talk about cannabis because it sees an economic path, and this causes us concern,” continues Muñoz in reference to the attitude of Prime Minister Pedro Sánchez on the issue of cannabis legalisation in conversations with Pablo Iglesias. In an interview with the online newspaper Público, Iglesias explained, ‘This is why it’s important to have this debate. We want those benefits generated by cannabis to go to all citizens and improve the welfare state […].’ He adds, ‘International references tell us that cannabis generates huge benefits, and we must avoid models in which these remain in a few companies.” 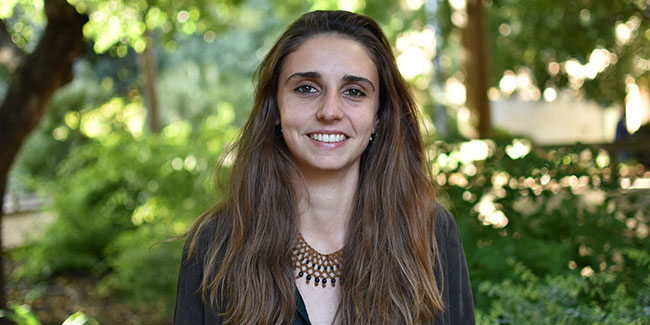 The bill is still under development and according to the Podemos deputy, “We have a draft on which we’re working: it’s a living project and what’s now being considered is susceptible to change.”

For now, the proposal that Podemos is working on contemplates legalising self-cultivation for personal consumption of outdoor cannabis of up to 20 cubic metres, as with the proposed law they were working on in the previous legislature. As for indoor self-cultivation for personal use, a maximum energy consumption of 1,200 kilowatts is set. According to Muñoz’s explanation, a licensing system for production, distribution and sales is proposed.

“What we want is to prevent cannabis from becoming a source of profit that goes upwards and remains in the hands of a few. We are thinking of a licensing system in which cooperativism is promoted, allowing territorial development without large companies dominating,” she explains.

Podemos’ proposed law also includes cannabis user associations as a means of access to this plant. “People could organise themselves into non-profit associations; it’s a model that already exists,” explains the deputy. Many cannabis associations that have opened in Spain are now facing legal proceedings that could lead to jail for some of their members, especially since the State Attorney General’s Office issued a circular in 2013 urging prosecutors to add the crime of illegal association in legal proceedings against cannabis associations. This is the case of Albert Tió, president of the Federation of Self-Regulated Cannabis Associations of Catalonia and one of the founders of the Airam association, whose five-year jail sentence is pending after the Supreme Court confirmed the Provincial Court of Barcelona’s sentence. Tió has already stated that he will take his case to the European Court of Human Rights.

“The prohibitionist approach is ineffective and, in addition, it is costly for the public coffers; we must leave behind this prohibitionism that gives rise to these situations of legal uncertainty,”says Muñoz.

According to an article recently published in El Salto, the cost to public coffers that the persecution of cannabis currently entails could amount to around 4.2 billion euros per year.

Faced with the expense of the prosecution, as well as cannabis organisations, Podemos and many other political parties highlight the value of revenue for the State that could result from legalisation of the production, distribution, sale and consumption of cannabis. As things stand, Podemos presented a non-legislative proposal to carry out a study of the economic and tax impact of a possible comprehensive regulation of cannabis in 2018, which did not materialise. In the bill that the Podemos parliamentary group worked on in the previous legislature (which serves as the basis for the draft of the new bill), tax on the price of derivative products was set at a maximum of 35% of cannabis for non-medicinal use.

“This law doesn’t come into being overnight; it was worked on in the XII Legislature and is progressing, but it has not yet been resolved,” explains Muñoz. She highlights that “all the work has been done with civil society actors: we have acknowledged them as valid interlocutors due to their expertise and knowledge on the subject.”

She explains that in the previous legislature, they already had a round of contact with all the reference associations and they continue to negotiate with them. They also plan to make a second round of contacts with whom they will make new contributions to the text. Currently, Muñoz explains, they have prepared a regulation model, but there are issues such as the labour rights of workers present in each production phase that are not yet defined and are currently being worked on.

But, for now, the proposed comprehensive cannabis law becoming a reality is not something that looks straightforward. From laughter when Pablo Iglesias talks to him about the issue, Pedro Sánchez has gone on to give the Government’s answer to a question from Ciudadanos about their intention to regulate medicinal cannabis (with the PSOE affirming that any future regulation would be subject to clinical studies demonstrating the therapeutic use of cannabis).

“The obstacle we have is not the PSOE but rather the fact of not having an absolute majority or with any of the Government’s associates. If the PSOE doesn’t want to take this forward, the path that our bill may have right now is very short, but if it wanted, we wouldn’t have an absolute majority either,” laments Muñoz. On the other hand, the Podemos deputy has ruled out the option of promoting a regulation of medicinal cannabis in the first phase, such as that proposed by the European Observatory for the Consumption and Cultivation of Cannabis (OECCC), which precedes a comprehensive law on cannabis.

There are many types of diseases and pests that plague plants. These organisms may attack the flowers, the foliage, stems or roots, which can negatively affect plant growth and development, causing a yield drop. ...