The European Observatory on the Consumption and Cultivation of Cannabis (OECCC) has already set out its proposal for a law on medicinal and therapeutic cannabis, a text that they have included in a book published in September entitled Law of Medicinal and Therapeutic Cannabis. It is a working document, which will be presented in the forthcoming months to political parties who are represented in Congress.

“As the debate on medical cannabis has already emerged, we felt that we had to be prepared,” explains Hugo Madera, former president of the OECCC and one of their current spokespersons. “We are waiting for the government to be formed, but I am sure we will have a new contact in May 2020,” he adds.

Published in December 2018, a survey conducted by the Centre for Sociological Research indicated that 84% of the Spanish population would be in favour of legalising cannabis for medicinal purposes. However, for the moment, the medicinal use of cannabis is in legal limbo and many people have faced jail terms for growing it for therapeutic consumption. The last known case was that of Fernanda de la Figuera on October 30th, for whom the Prosecution requested a four-year prison sentence. 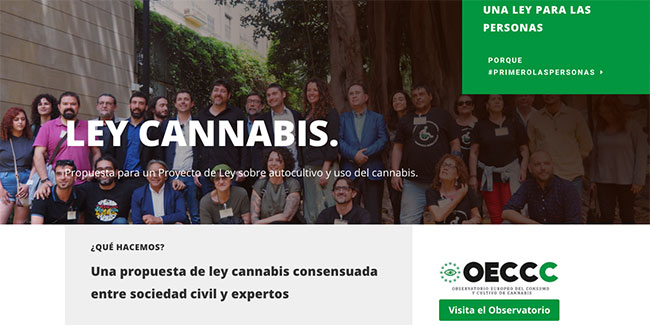 The text of the proposed law – which is still open to modifications – forms part of several years of work of this organisation regarding the Catalan law which regulates cannabis clubs, and conversations with various political parties. The Catalan law regarding cannabis clubs was annulled by the Constitutional Tribunal, which argued that autonomous communities lack the competence to legislate on this issue. “In these conversations [with politicians], it emerged that many of them felt that medical cannabis legislation could come first,” explains Madera, adding that the organisation advocates a comprehensive law that also takes the recreational use of cannabis into consideration. For the draft of the text, they also rely on the opinions of more than 2,000 people who have participated in the Cannabis Survey (also promoted by the OECCC), which remains open to new contributions.

The text is divided into three areas: cultivation for personal consumption, clubs of consumers of therapeutic cannabis, and production companies. In addition, it includes the creation of a Spanish Cannabis Institute which serves as a control body, and the regulation of grow shops.

“We want inclusive legislation, made especially for people, which empowers them,” says Madera.

The text sets a maximum of 3.6 kilograms per person per year for personal cultivation, the only requirement being that the person has a medical prescription to grow cannabis, and that he or she can legally carry up to 100 grams on public roads. In the case of cannabis clubs (which can be accessed by those of legal age who have a medical prescription), it imposes a maximum of 365 kilograms per year and periodic checks.

Currently, although the international agreements to which Spain is attached do not prohibit the medicinal use of cannabis, it remains in a legal vacuum. The OECCC point out that the problem arises when cannabis is classified in Lists I and IV of the 1961 Single Convention on Narcotic Drugs, which include the most dangerous substances that have little or no therapeutic value. “This classification was carried out without a scientific report from the World Health Organisation, “the Observatory notes”. In fact, its inclusion is due more to moral, racial and economic criteria than to public health reasons,” it adds.

In October 2018, the World Health Organisation recommended that cannabis be reclassified on the basis that no studies had previously been conducted on the effects of this plant and in recognition of its medicinal value. Even the European Parliament has defended the therapeutic value of cannabis, and has called on member states to have a legal definition of medicinal cannabis as well as to facilitate its access in a motion without legislative value. 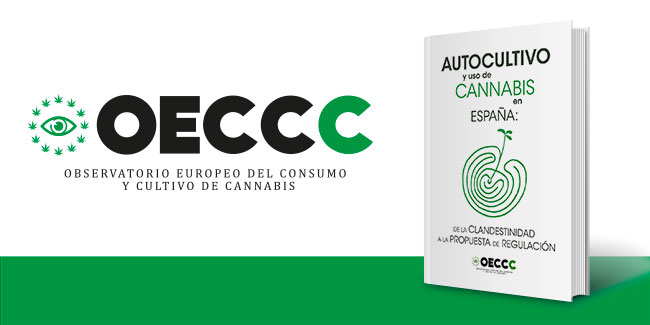 In Spain today, the Spanish Agency for Medicines and Health Products is responsible for granting licences for the cultivation of psychoactive cannabis in accordance with the Narcotics Drug Act of 1967. This is a system that the OECCC accuses of being “opaque” – in which the necessary requirements to grow and distribute medicinal cannabis legally are not clearly defined. According to the Observatory, it is a model copied from Portugal, where licences are granted to large pharmaceutical companies with Canadian, American or large Spanish investments. “Meanwhile, medical self-cultivators continue with interference and the risk of jail,” they say.

“Awarding licences intended for the production, export and sale of cannabis, with clear criteria and the same rules for all actors is key,” claim the OECCC, who disclosed the irregularities in granting licences to large pharmaceutical companies in a report released in March 2019. Due to this, the law proposed by the OECCC includes a classification of the different types of cannabis-related licences as well as the requirements to qualify for them, a supervisory body (the Spanish Institute of Medicinal Cannabis) for control and a penalties system.