Cannabis, a Cannabis Thriller between Marbella and Paris

In Babel (Alejandro González Iñárritu, 2006) we learned that an ‘innocent’ isolated event can have an impact on many people from different countries of the world, like a shock wave that has fatal consequences. The Cannabis serie (2016) also begins with a butterfly effect in the waters of the Mediterranean, which will have repercussions in different places in Morocco, France and Spain. We are facing a series that has an impact, as much as reaching the top ten of your favourite dramas. I wouldn’t miss it! 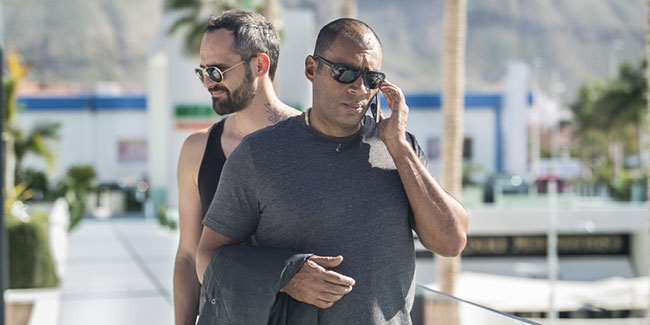 Ingredients that make Cannabis a success

cannabis is a one season French mini-series created by Hamid Hlioua and directed by Lucie Borleteau (Alice’s Odyssey), for ARTE France, which is available in Spain on the Filmin platform. Although each episode lasts about an hour, the plot sequences hook you and, without realising, you end up watching all six episodes in a single sitting. There are many factors that influence this: the masterful performances of its actors and actresses, the intelligent complex script, and its direction, which is both meteoric and thorough in recreating every detail in the many plots that are triggered at the same time.

A robbery that connects characters from different countries

It all begins with the theft of a huge two-ton shipment of marijuana in Mediterranean waters in the middle of the night. What should have been a normal transfer of cannabis from one ship to another, from northern Morocco to southern Europe, results in a shooting in which, in addition to the death of someone, a person disappears.

The first seconds of Cannabis are key to the lives of several people connecting at different geographical locations. Starting in Morocco, its plot will make us travel constantly to the suburbs of Paris and the decadent luxury of Marbella. “The fates of all these characters are doomed to cross with tragic consequences”, as pointed out in the synopsis of the series on Filmin. 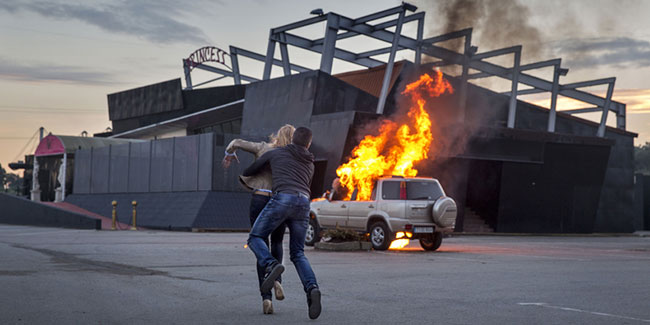 The image of the Cannabis poster is reminiscent of legendary films such as The Godfather and The Devil’s Advocate. If this thriller and these reference films have anything in common, especially Francis Ford Coppola’s trilogy, it’s the superb performances of its cast, highlighting El Feo, an evil, perverse and unscrupulous drug trafficker, masterfully interpreted by Pedro Casablanc. The character played by the Spanish actor lives in Marbella and controls the entire movement of drugs in the Strait. So, he is the main one affected by the theft of the marijuana stash from the ship but he’s not the only one.

The person who goes missing from the ship during the night robbery is Farid (Younes Bouab), who leaves his wife Anna (Kate Morán) with a multitude of debts and a brothel – his main source of income. Also affected by this theft is Morphée in the suburbs of Paris. He decides to send his minion Shams (Yasin Houicha), who is also Farid’s nephew, to Spain in search of the amount that he is owed.

Meanwhile, in the neighbourhood located in the Parisian suburbs there is a new mayor Zohra Kate (played by actress Carima Amarouche,) who is determined to end drug trafficking in her city. Plots occur in different countries and in different languages – French, Spanish, English and Arabic – immersing the viewer in an international environment typical of the globalised society we saw in Babel. 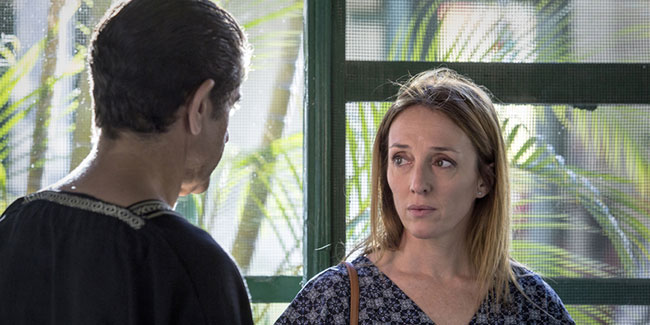 A man’s world in which women also have a place

Cannabis describes a world that is usually narrated by men but, in this case, it also takes into account very interesting female characters. Although it may seem to us that these roles fall into the category of trite clichés, the viewer will realise that it is not so as soon as they get into the characters more deeply. So, Cannabis would pass the Bechdcel test with flying colours. Perhaps this is influenced by the fact that its director is a woman and that her scriptwriting team (Clara Bourreau, Virginie Brac, Hamid Hlioua, Séverine Werba) is mostly female as well.

Female Cannabis characters are intelligent and complex. They have a leading role and tell us a lot about the plot and the societies in which they live. Kate Moran is a type of Nancy Botwin in Weeds, with a more European style of course. Her character and the character played by actress Ruth Vega Fernández construct a curious sisterhood; nevertheless, they could be enemies in similar plots as Farid, the husband of the former, is also the latter’s lover.

Farida Rahouadj, courageous mother and grandmother of men who end up dedicating their lives to drug trafficking, also stands out: she lives in a neighbourhood mired in misery and faces it valiantly. And we can’t forget the character of the mayor, played by singer Carima Amarouche, who debuts in this role. In Cannabis, we find famous actors and actresses as well as many who are making their debut in this world, resulting in a very fresh and realistic billing. 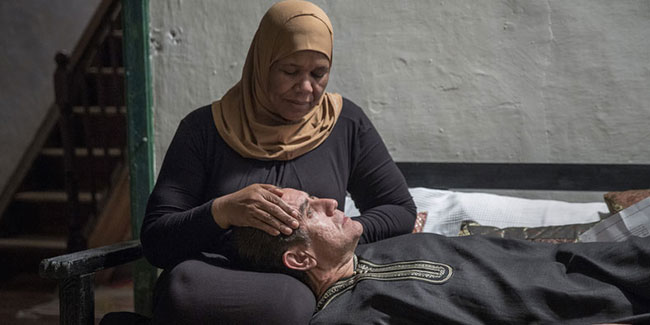 For me, Weeds is number one in the list of series about cannabis, but after seeing Cannabis, it would go directly into the top 5. We have also talked about other wonderful dramas here, such as the French series Family business and the American series Disjointed (with the superb Kathy Bates as the protagonist). Nor do we want to forget about Malaka, a Spanish (although we could also say Malagueñan) series that was a great success last year (one day we’ll talk about it).

All these series are surprising for some reason – in this case, the fact that they avoid the stereotypes that usually arise in dramas when it comes to telling stories related to the world of cannabis. Although Cannabis does not tell us the brightest legal side of the regulation of the plant, it humanises people who suffer the consequences of the prohibition of the plant and the black market.

Better Than the Sun: Growing With LEDs

The BEST Way To Grow! By: Jennawae McLean There was a time when a super-hot HPS light was the only option for indoor growers. Who isn’t familiar with the bright yellow glow and warmth of a ...

Peru, on the threshold of medicinal cannabis legalization

The movement for the legalization of medicinal cannabis in Peru has been predominantly led by the parents of children with diseases like refractory epilepsy. In October 2017 the country's ...