In New Zealand, preliminary results for the referendum on legalizing recreational marijuana gave victory to those who opposed the measure. As government sources would publish during the consultation process on its official website, 53.1% of the participants decided against legalizing the recreational use of cannabis versus 46.1% that supported the legislation and 0.8% of undecided voters. There were a total of 1,114,485 votes for this reform, a difference of 167,333 with the 1,281,818 votes for “no”.

The consultation, held last October 17, overlapped an additional referendum to decide on another controversial issue with great significance in terms of individual rights: the legalization of euthanasia. This second proposal got the approval of the majority of voters with 65.2%, while 33.8% voted against and 1% was undecided. The consultation coincided, as happened in the United States last November, with the country’s general elections, in which the current ruling party, the Labor Party, secured a landslide victory with 49.1% of the votes. 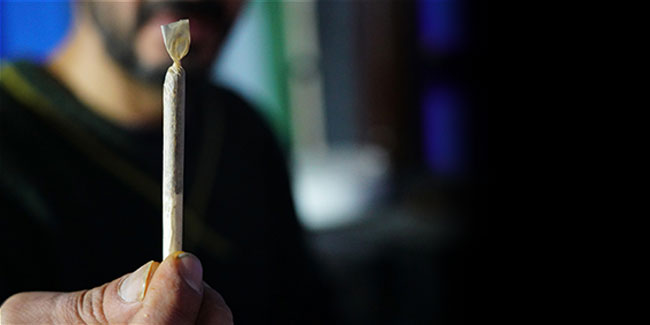 The poll recently conducted in this South Pacific country on recreational cannabis was the result of a cooperation agreement with the Green Party to allow Labor to form a coalition government in 2017. However, referendum results are not binding and leave the issue of legalization unresolved. The new incoming government will have to determine whether they continue with the draft bill considering the opposing results. According to The New York Times, on October 30, two weeks after the referendum was held and while ballots were still being counted, New Zealand Minister of Justice, Andrew Little, claimed that in the event that the legalization option would have won, the newly formed government would be dedicating time and effort to guarantee full legalization or, at least, total decriminalization of the use of the plant.

The same newspaper affirms that cannabis legalization supporters complained about Prime Minister Jacinda Ardern’s refusal to take a position on the issue before the national election was held since they believed that her position could have impacted the final result. Actually, despite the fact that this referendum was proposed by the Labor government and she had admitted being a cannabis user for years during an electoral debate held on 30 September, it was not until October 30 when she admitted she had voted in favor of legalization.

The rejected proposal contemplated the regulation of the cultivation, sale, purchase and use of cannabis, also setting up 20 years as the minimum age limit for legal consumption of the substance but keeping a complete ban on smoking weed in public spaces. It set at 14 the daily grams of dry cannabis or seeds that can be bought or kept in public places and allowed the cultivation of up to two plants per person and four per household.

Cannabis-related penalties currently range from 500 New Zealand dollars (around 300 euros) for possession to 14 years’ imprisonment for production and supply cases. Cannabis has been, to this day, exclusively allowed for medical or scientific purposes since the New Zealand Parliament approved its decriminalization to treat chronic pain treatment and terminal illnesses.

We leave you with some photos of the fair "ExpoGrow 2014"" in Irun. Hugs for everyone. Kannabia Team

The word “Dreyma" means “dream” in Icelandic. And, although neither of its members have anything to do with the land of fire and ice, the connection with nature is key ...