In this article, we will learn the most common pruning techniques used in cannabis cultivation and understand how each practice is used for different purposes.

In my case, I have the chance to grow plants directly on the soil in a protected private garden, so I let the plants grow themselves without doing anything in special but just the usual preventive cares and regular irrigation. Ideally, a wild crop would require letting the plants grow freely, but it has been proved that pruning greatly favours growth and, especially, increases production. Next, we detail some of the most common types.

This type of pruning is mainly done during the vegetative stage and, in some cases, when the plant reaches its flowering phase. You need to look for those small stems and shoots forming in the lower parts of the branches that receive very little light. Since they will never get to fully develop and produce buds, you will get rid of them by trimming off up to two stem nodes, so that the plant can invest its energy in the flowers already forming. 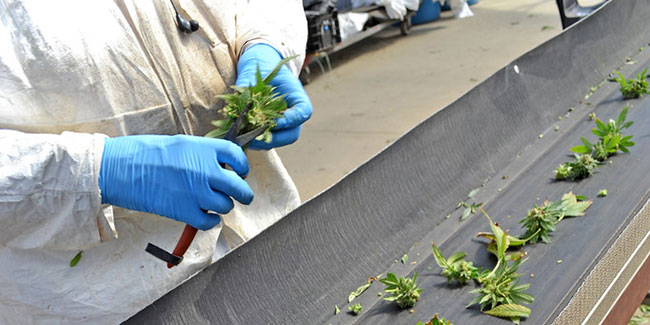 You need to use common sense to avoid removing branches and fan leaves in excess, since this would not promote but slow the plant growth by limiting the amount of leaves needed to perform photosynthesis properly. This technique can also be used with autoflowering varieties but keeping in mind that there’s a risk to make the plant enter the flowering stage earlier. It is recommended especially for sativa strains and only after a few days the flowering cycle has started. Nevertheless, you must always check each plant performance and condition before deciding if it should be pruned.

This is one of the most common pruning techniques and can be performed once the plant has reached a height between 25 and 30cm. The method consists of cutting the tip of the plant just below the last knot. You should always use a well sharpened and disinfected scissors to avoid the transmission of diseases to the plant. This pruning will force the plant to grow more branches, forming two new branches with the shape of a letter ‘y’ for each cut that you do.

On the other hand, this trimming also favours hormones production and makes the plant grow leafier. It can be repeated as many times as you deem necessary until the desired plant shape is achieved. Remember your plant will need a recovery period of at least 15 days after each pruning. Excessive pruning will only delay flowering, keep that in mind!

This controversial technique was invented by accident by an American grower who, while trying to do an apical pruning, botched a topping job and removed only part of the tip from the main shoot. After a few days, he noticed the cut area regenerated and new shoots were emerging. Instead of two, as when performing apical pruning, it gave rise to four new colas. This number may vary depending on the strain, but it can go from 4 up to 8 for every branch you cut, and it can be repeated always during the vegetative growth stage. This way, by multiplying the number of new colas, we will increase the yield. 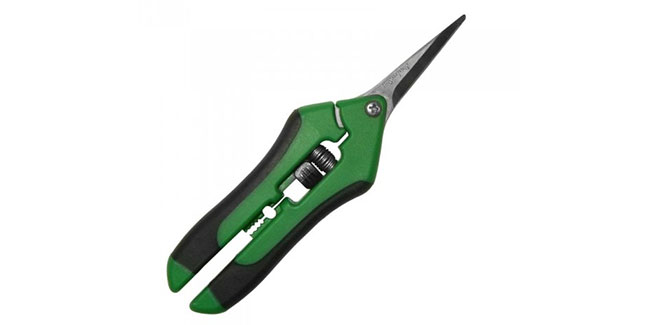 This is also a controversial technique that has many detractors. In order to determine its appropriateness, you need to consider some factors like pruning techniques previously used and growing space and conditions, among others. “Lollipopping” consists of removing bottom growth of the plants, leaving only the buds sites at the top. Basically, you grasp the upper branches with one hand and drag your fingers down the stem with the other, removing all branches and leaves as a result of friction. This will give the plant the shape of a lollipop and will produce bigger buds at each end. This method is generally recommended when growing in SCROG.

This pruning is perfect if you want to control the height of the plant and boost its production and it can be performed after it has reached a minimum height of 40cm. It consists in squeezing a shoot pressing it with two fingers, preferably in a soft part of the stem, and bending the squeezed area. The branch may break and some sap may appear, but don’t be alarmed since the goal is to cause some stress to the plant to make it react by producing more branches and a callus that, after full recovery, will provide more stability to the branches to support heavy buds. cannabis responds well to stress and has the ability to restore tissue in a few days.

I hope this post helps turning your plant into a huge cannabis bush and increasing its performance dramatically!

In September, the Swiss State Council approved a proposal for a pilot project for the distribution of recreational cannabis in the country. The project, in which only marijuana consumers with ...