In 2019, almost a third of the merger investigations conducted by the Antitrust Division of the United States Department of Justice targeted the cannabis industry. John Elias, an antitrust employee, alleged that this amounted to 10 investigations by this office last year. Elias caused a scandal at the end of June by stating that the persecution of the cannabis industry from this division was related to the animosity that William Barr, the current US Attorney General, has towards the plant.

According to the antitrust official, Barr was wasting Department resources: at that time the investigations related to the cannabis industry accounted for “five of the eight active merger investigations in the office that is responsible for the sectors of transportation, energy and agriculture of the American economy.” 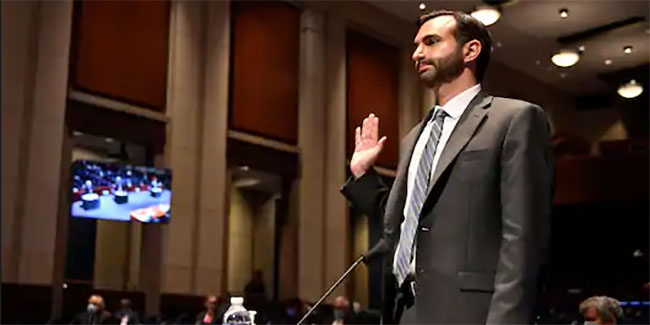 Elias, who has worked in this department for 14 years added, “The investigations were so numerous that personnel from other offices were hired to help, including the telecommunications, technology and media offices.”

This employee also states that the Attorney General summoned the senior officials of the Antitrust Division to a meeting entitled “Review of the merger of the marijuana industry” in March 2019, during which he ordered the staff of the division to report on the merger of MedMen and Pharma Cann; the meeting concluded that it was “unlikely to raise significant competition concerns” that would warrant a second investigation request. As published by Marijuana Moment, these investigations driven by the Attorney General would have influenced at least the paralysis of the merger of MedMen and Pharma Cann, an operation that took place over ten months and amounted to 682 million dollars.

According to Marijuana Moment, a few days after Elias’s statements, more than 30 members of the House of Representatives – an institution comparable to Congress – presented a resolution calling for an investigation into Barr’s actions for “abuse of power.”

Born in New York 70 years ago, Barr began his career at the age of 23 at the Central Intelligence Agency (CIA). He was appointed Deputy Attorney General in the United States Department of Justice in 1989 under George Bush Senior’s Administration, and between 1990 and 1993 he was Attorney General (a position to which he returned in February 2019 with Donald Trump’s presidency). Like Trump, Barr has recently been denounced by groups linked to Black Lives Matter for the use of pepper spray and rubber bullets against those who took to the streets in June protesting against police impunity as a result George Floyd’s death.

So far, Barr’s attitude toward cannabis hasn’t been one of outright rejection. In the US Senate in April 2019, a few months after assuming the position of Attorney General, Barr expressed his rejection of the current situation in the USA regarding this plant and advocated for a federal law that would strengthen its control.

“Personally, I would still favour one uniform federal law against marijuana. But if there is not enough consensus to achieve that, then I think the way forward is to permit a more federal approach so states can make their own decisions within the framework of federal law, so not to ignore federal law,” he then affirmed.

Three men who had built cannabis growing facility in a former wine shop in the city of Zlín have left the Regional Court with suspended sentences despite the fact they were facing twelve years ...