Argentina will legalise the self-cultivation of medicinal cannabis

Argentina’s Ministry of Health has presented the draft of the regulation to legalise the self-cultivation of therapeutic marijuana and the sale of cannabis oils in pharmacies. Minister Ginés González García’s announcement on 15th July to cannabis organisations, doctors, teachers and scientists that make up the Honorary Advisory Council (a body created by Law 27350 on the Medicinal Use of the Cannabis Plant and its derivatives) decriminalises the cultivation of cannabis after 80 years. Before being sent to Argentine President Alberto Fernández and published in the country’s official report, the bill must now be approved by the Council.

Three years ago, Argentina approved the law allowing the use of medicinal cannabis. Approved on 29th March 2017, Law 27350 consists of 17 articles that regulate the public production of therapeutic cannabis and research in this field. In addition, it established the institutions in charge of developing the legal conditions for access to this plant, but without resolving the conditions under which consumers could obtain medicinal cannabis at that time.

“It is a very important day to show that it can be managed vis-a-vis society,” said González García by tele-conference.

The new regulation includes cultivation at a personal and collective level for individual users, researchers and patients registered with the “Reprocann” cannabis programme. Since May this year, Reprocann has been gathering signatures to support a letter to deputies, jurists and political officials (both national and local) demanding the legalisation of the self-cultivation of therapeutic cannabis. The draft has not yet announced the amounts to be allowed.

At the moment, and until the regulation is definitively approved, possession of Cannabis seeds and plants (including private and therapeutic consumption) is punishable by up to 15 years in prison. However, since 2009, recreational use and possession of small amounts of cannabis for personal use and in private premises has been decriminalised. Argentina’s Supreme Court of Justice’s judgment declared the second paragraph of Article 14 of the Narcotics Law (which punished consumption or possession with between one month and two years in prison) unconstitutional; this sanction could be replaced with educational workshops or addiction treatment. The judgment of the High Court on the Arriola case (which is named after one of the people involved) acquitted five young people who had previously been sentenced to between two months and six years in prison for possession and sale of narcotics. 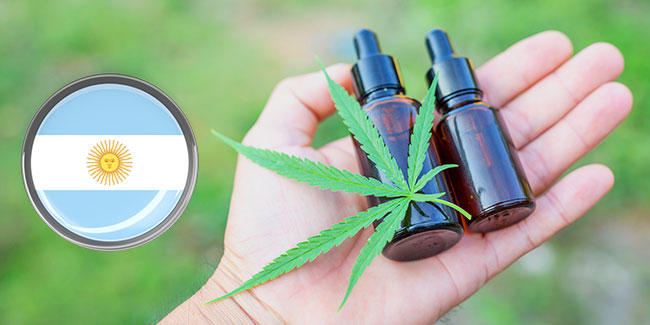 The regulation that is currently being processed also includes the sale of cannabis oils made from classic formulas in pharmacies where they are also produced. It extends access to all patients with ailments for which this plant can have positive effects, thus extending beyond the previous limitation of patients with refractory epilepsy. In addition, it promotes free provision for those patients who don’t have private health coverage, and research for therapeutic purposes of the plant through university extension programmes with agreements with academic-scientific institutions, public and private organisations, and non-governmental organisations.

“It is the regulation we expected in 2017,” says Valeria Salech, president of Mamá Cultiva Argentina, in statements collected by Infobae. “The recognition of self-cultivation protects supportive growers, users and caregivers who find the solution to a lot of pain in the plant at a cost to our safety in a system that has criminalised us, made us invisible and persecuted us until today.”

The Government of Malawi has approved a bill legalising cannabis for medicinal and industrial use, making it the fourth African country to follow in line after Zimbabwe,

Canadian Patients are now allowed to grow cannabis at home

A new regulation in Canada has made it possible for Canadian patients to grow cannabis at home. They can do so – always a “limited amount” –  since last August the 24th. The “Access to Cannabis for ...