2019 Closes without regulation for light marijuana in Italy

2019 ended in Italy with some uncertainty in the industrial hemp sector.

The news on the web about possible regulation of light cannabis seems confusing and contradictory. So what happened on the peninsula?

For a couple of years, the hemp market in Italy has had a dizzying growth thanks to the sale of inflorescences with THC levels below 0.6%, a limit allowed by the 2016 law. Or at least this was the interpretation of the law that almost all entrepreneurs in the sector accepted until last May when the Italian Supreme Court considered all products derived from the cannabis plant, such as leaves, flowers, resins and oils (which can be purchased in stores that sell so-called “marijuana light”) illegal. The Supreme Court’s judgement stated that the concentration of THC defined by law did not refer to products, “but to the active substance of the cultivated plant”; therefore, it could not be applied to products obtained from the plant and, due to this, they cannot be sold. 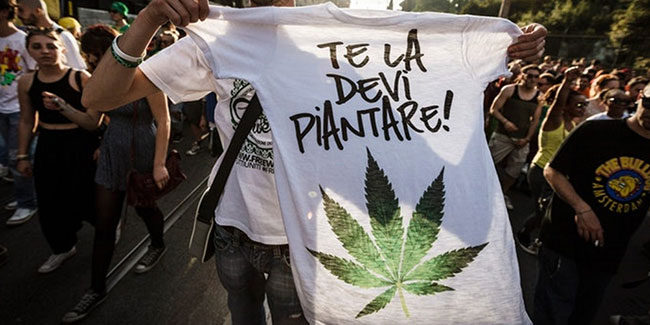 The first light marijuana, Easy Joint, was created by the entrepreneur and activist Luca Marola, with the idea of giving commercial outlets to the flowers (then by-products of hemp production) and demonstrating to the institutions that when cannabis was marketed it would be an economic success. And so it was: thousands of orders taken in the first hours and millions of euros billed in a few months. In the two years after Easy Joint, hundreds of companies sprung up, cultivated hectares multiplied tremendously (from 400 in 2013 to 4,000 in 2018), international investors landed on the peninsula looking for companies on which to bet, bringing to life a sector that still continues to grow and that already has 3000 new stores.

This is a growing market which exponents of centre-left parties have long been trying to intervene in, to seek to control the chaotic legal situation driven by the same Supreme Court that requires Italian policy to act to regulate the Sector.

On 11th December, some members of centre-left parties (PD, M5S and LeU) succeeded in passing an amendment to the Budget Act that proposed the definitive regulation of the sector, helping employers, investors, workers and even the Supreme Court to provide clarity in a confusing area that has already become an important economic and labour sector. 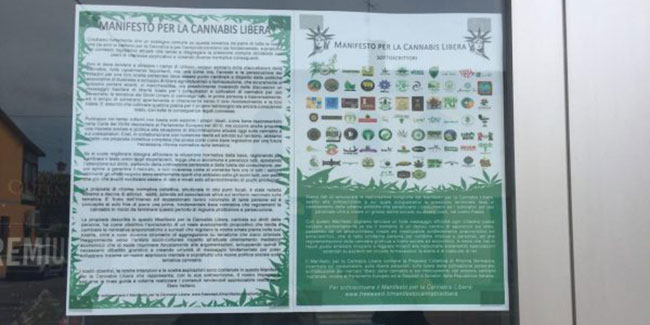 According to this proposal, from 1 January 2020, hemp biomass (cannabis sativa L.), composed of the entire hemp plant or its parts would be subject to a tax, which would apply to the sale price of 12 euros per thousand kilograms for each percentage point (% w/w) of cannabidiol (CDB). This tax, which would not apply to hemp seeds, fibres and shives, would have been mandatory for all products marketed on the Italian market, both national and those imported from other EU countries, with existing contraband sanctions applicable in the event of non-payment.

The amendment would allow the use of hemp in fresh, dry and crushed form, and granulated hemp for industrial, commercial purposes, as long as the products do not exceed 0.5% THC (Delta-9-Tetrahydrocannabinol). With this, the single text for the narcotics law would be amended, stating that below 0.5% THC, hemp cannot be considered a narcotic substance, thus allowing the marketing of inflorescences.

The news of the adoption of this amendment in the House caused a few days of upheaval and joy in the hemp sector in Italy and spread around the world in a few hours!

But what a bitter surprise it has been for everyone that, once it came to the Senate on 18 December, the amendment was declared incompatible by the President without even going into debate.

Maria Elisabetta Alberti Casellati defined several of the amendments presented on the same day and – among them, cannabis – as inadmissible.

The motivation on which it has been validated is based on Article 128 of the Senate rules, according to which “amendments, both parliamentary and governmental, to the draft law of budgets that conflict with the coverage rules, or that are outside the scope of the budget law, are inadmissible on the basis of the legislation in force, or which are intended to modify the existing rules on the general accounting of the State”. 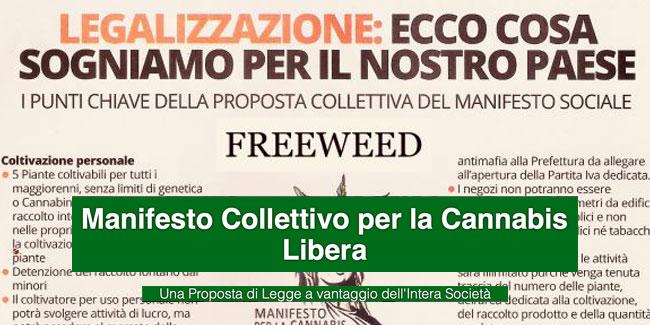 The centre-left parties are clear that the President’s decision has little or nothing to do with the alleged “technical reasons” she has argued for the amendment blockade, but with reasons related to her political ideas.

“This amendment,” says author Matteo Mantero, “is not about drugs. It’s about farmers and small businesses that employ 12,000 people.”

While the stalest and most conservative right are delighted with the news and claim that the State is safe from becoming a drug dealer, more than 250 employer associations, and patients, activists and workers, more united than ever, continue to support the “Collective Manifesto for Free Cannabis“.

On the other hand, on December 19 the Court of Cassation (Italy’s top court, the equivalent to our Supreme Court) issued a judgement, made public on the 26th, with respect to self-cultivation.

“Those cultivation activities that, considering the small scale on which they are carried out, the rudimentary equipment used, and the small number of plants and amount of product obtained exclusively for the personal use of the grower would not be considered a crime.”

It is a change of direction in the law of the utmost importance since the judgement does not consider cultivation for personal use to be of criminal relevance, regardless of the THC content of the harvested varieties.

We hope that 2020 will finally be the year of regulation for our neighbours!

End of federal monopoly on cannabis in the US

For the past fifty years, the only approved facility with a government authorization to produce cannabis for research purposes was the one operated by the University of Mississippi. Therefore, any researcher who wanted to ...

Since October 17th recreational cannabis has been legal in Canada, adding it to the list of governments that have legislated on non-therapeutic marijuana. This list is very short, since there are only two ...