Sale and consumption allowed but production and distribution prohibited: this has been the Dutch cannabis system for 40 years. According to various municipalities, this legislative contradiction has led to problems of order and public health. To fix the situation, the Dutch government has launched an experiment in which several controlled producers will be in charge of supplying marijuana to coffee shops in ten municipalities.

“The purpose of the experiment is to determine whether and how controlled cannabis can be legally supplied to coffee shops and what the effects of this would be,” the Government of the Netherlands’ website explains.

The cannabis supply chain experiment is part of the coalition agreement reached in 2017 by the People’s Party for Freedom and Democracy, Christian Democratic Alliance, Democrats ’66 and Christian Union, which included a promise to launch an experiment by which to test whether or not it’s possible to regulate a supply chain of controlled quality cannabis to coffee shops, and study the effects of this regulation on crime, security, social co-existence and public health.

The project, which is dependent on the Ministers of Justice and Security as well as Medical Care and Sport, has been designed by an independent committee led by public health expert André Knottnerus. He started working on it in March 2018, presenting a report in June that same year which stated the problem regarding the distribution of cannabis to the 573 coffee shops that exist in the 103 municipalities of the country, and which cited the management of medical cannabis as an example of good practice. “The products meet the highest quality standards and are inexpensive compared to today’s recreational cannabis market prices,” the report notes. In November 2019, the Senate approved the Controlled Cannabis Supply Chain Experiment Bill and the project was launched.

The Dutch experiment will consist of between five and ten growers – chosen by the Government – who will be able to produce government-controlled cannabis that will be sold in ten municipalities – Arnhem, Almere, Breda, Groningen, Heerlen, Hellevoetsluis, Maastricht, Nijmegen, Tilburg, Zaanstad – whose combined population is more than 1.3 million people. Throughout the duration of the experiment, all cannabis sold in all the coffee shops of these towns must come from crops controlled by the Government, maintaining the current regulations of a minimum age of 18 years and a maximum of 5 grams per consumer. Coffee shops will also be obliged to comply with a series of regulations, one of which is that their employees take a course in which they will receive training to give consumers information about the risks of cannabis. 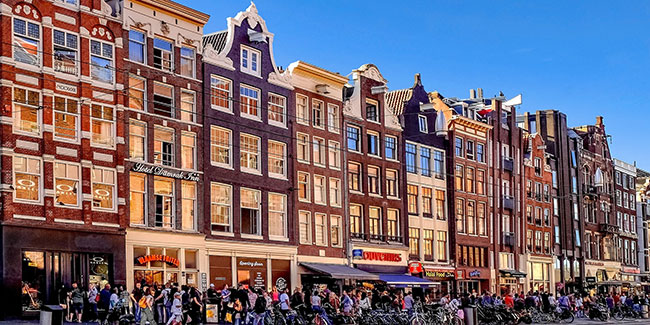 In turn, in addition to their experience in the agricultural sector, producers will have to submit a business plan that specifies the mode of cultivation, the types of cannabis to be cultivated and how the distribution of cannabis to coffee shops will be managed in order to qualify for the licence which allows them to take part in the experiment. Those who are eligible for a licence to cultivate cannabis in the Netherlands include people born there and companies that were established there or are based there.

The experiment will have a preparatory phase (which is expected to last one year) during which coffee shops will negotiate the purchase prices of cannabis with the producers, inform them of their needs, and check the quality of the plant. During this phase, the municipalities will apply control measures to the coffee shops to ensure they don’t sell cannabis from other sources. After this first phase, there will be a second transition phase in which the coffee shops will be able to continue selling the cannabis stock they have from other sources. The main phase of the experiment, during which the authorised cannabis supply plan will be fully implemented, is estimated to last a minimum of four years.

Playing the guessing game with Donald

As this new administration begins to govern all eyes will be on which turn they take on hemp, medical marijuana and marijuana legalization.  We are left to guess and go off hunches.  Nobody knows what ...