One hundred protestors demand the legalisation of cannabis in Yangon

Flags with the marijuana leaf and posters that displayed phrases such as “Cannabis Saves lives” and “There is No Jail for a Plant” filled the Mahabandoola Park in Yangon, the capital of Myanmar until 2006. One hundred people attended the first protest for the legalisation of cannabis in this country.

“There are thousands of people in prison for carrying small amounts of marijuana. We believe this is unjust,” explained one of the protestors interviewed by The Myanmar Times.

Among the protesters’ demands were the drive to investigate cannabis use and decriminalise the possession of this plant and consumption for medical purposes. Protesters also point out how regularisation of marijuana could facilitate the replacement of Myanmar’s extensive opium plantations with cannabis plantations. Myanmar is part of the so-called ‘Golden Triangle’, one of the areas with the highest opium production in the world although, according to the International Narcotics Control Board 2018 report, the area under opium poppy cultivation has decreased from 55,000 hectares in 2015 to 41,000 in 2017; nevertheless, Myanmar is still the second largest producer of opium poppy.

Marijuana use was legal in Myanmar (formerly called Burma) until 1870 when it was banned under British colonial rule although the consumption of it was traditional among its population. In 1939, the use of marijuana was once again legal – still under British rule – until 1993 when it was included in the country’s list of illegal drugs, implementing the 1974 Narcotics and Dangerous Drugs Act. There is a minimum sentence of five years imprisonment for cultivating marijuana, and from 15 years to the death penalty for those convicted of trafficking dangerous drugs, which includes “all products from opium poppy, coca leaf and cannabis plants and any substance derived from them.”

So far there is no known case of the death penalty for drugs convictions in Myanmar but high penalties do occur as, for example, in the case of the Australian Ross Dunkley – co-founder of the aforementioned Myanmar Times. Dunkley and his British business partner were sentenced to 13 years in prison by a Myanmar court for possession of methamphetamine, heroin and marijuana in August this year after a police raid on Dunkley’s home. During the operation, five Myanmar women were also arrested and sentenced to eleven years in prison. A US citizen and two more people from Myanmar have also been arrested for managing a plantation of just over 8 hectares in the Mandarley area. They are accused of the possession, sale and trafficking of drugs despite claiming that the plantation, where more than one hundred local people worked, was not marijuana but hemp for the production of CBD. 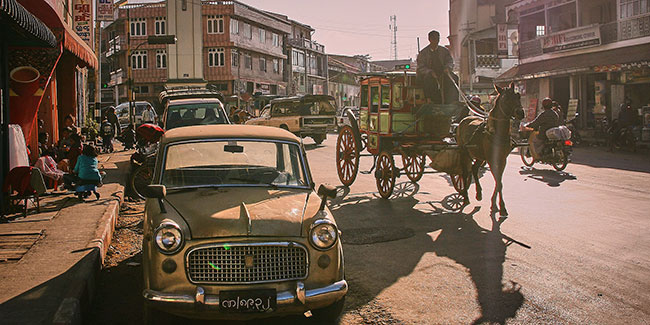 In 2017, the Myanmar upper house of Parliament approved changes that eliminated prison penalties for drug use, including marijuana, to facilitate drug users’ access to health services. However, jail sentences were upheld for drug possession, regardless of the amount involved. In February 2018, according to the International Narcotics Control Board, the Government of Myanmar announced new changes in its drug control policy to strengthen the public health approach to the punitive response.

Top 5 of bizarre accessories for your weed!

Now that weed is legal for consumer use in many states and countries such as Uruguay or Argentina, with more countries soon to come. So it opens a new door to a whole “weed market” ...

The Moroccan National Narcotics Commission, under the Ministry of Health, met on 11th February to assess the recommendations made by the World Health Organization regarding the recognition of