“There are few veterinarians who work with cannabis”, interview with Francisca Medina

Francisca Medina is a vet at the University of Chile who is currently working at Fundación Daya treating dogs and cats. We wanted to dig a little deeper into her work after her speech at the last Expoweed. We were interested in her work as an animal medical professional and, more specifically, as an expert on cannabis treatments.

Some time ago, Daya Foundation decided to integrate cannabis-based therapies for dogs and cats into its program, due to the interest shown by its community. These consultations are one hour veterinary home visits, within the province of Santiago. In them, the University of Chile vet, Francisca Medina, explains the physiological functioning of the endocannabinoid system. In addition, she gives guidance to people on home-cultivation and cannabis-based medicinal preparations, taking into account the use and dosage of the plant.

Laura Rueda: You participated in the last Expoweed with an exhibition that revolved around cannabis treatment in animals, can you tell us a little more about your presentation?

Francisca Medina: At Expoweed I gave a general talk about the uses of cannabis in pets, since this topic is, in general, more unknown in pets than in humans. I addressed topics such as the forms of use in animals, adverse effects, types of pathologies than can be treated, and showed a clinical case of a dog with epilepsy that has reduced its seizures with cannabis and a case of a dog with a glioma (cancer), whose quality of life has improved with therapy. 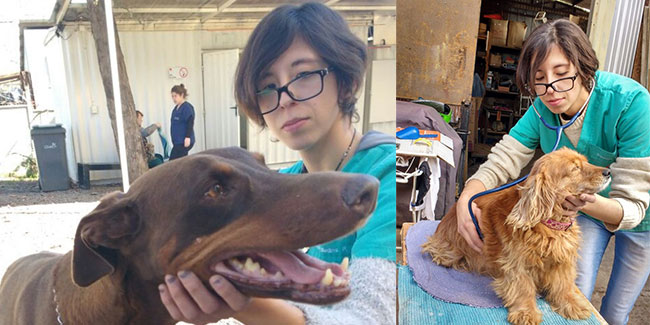 L.R: The therapeutic benefits of cannabis for humans are currently experiencing an emerging trend, with more and more countries daring to take the step of legalization. At what point is medicinal cannabis treatments for animals?

F.M: Medical cannabis in veterinary medicine is at a disadvantage compared to treatment in humans, because there is a large number of scientific studies conducted on animals, mainly murine (mice). However, there are very few clinical studies in pets and exotic animals proving the benefits of cannabinoids as a treatment. This means that very few veterinarians dare to prescribe cannabis.

In Chile, the 20,000 law admits veterinary prescription, but because vets are not considered health professionals and are not incorporated in the sanitary code, we can not prescribe the standardized laboratory drugs that have arrived in Chile, such as Sativex. , T100 or Cannabiol (a Chilean product). We are limited therefore to working only with handmade products, prepared by the owners themselves.

L.R: What pathologies could be treated with cannabis in animals?

F.M: The main pathologies that can be treated are divided into 3 areas.

L.R: Is there any difference between the endocannabinoid system of a dog or a cat, compared to humans?

F.M: The endocannabinoid system is common to all vertebrate animals. In general it has been discovered that endocannabinoids such as anandamide and 2AG are common to all these animals, as are the main receptors (CB1 and CB2). However, it has been observed that companion animals, such as cats and dogs, generally have more expressed receptors, therefore they are more sensitive to small doses of cannabis than humans.

L.R: As with other medical treatments, do we have to be careful with the dose, according to the animal, when we talk about cannabis treatment?

F.M: When working with cannabis you have to be very careful with the psychoactivity produced by the plant. In general, veterinary dosages are lower than those administered in humans. And they must be administered gradually, by means of a dose titration, to generate tolerance and avoid psychoactive effects as much as possible.

L.R: I have heard about drugs with CBD, like CroniCare, are there also cannabis treatments with THC for animals?

F.M: As I mentioned before, I have only worked with handmade preparations, both with preparations high in THC, balanced THC: CBD and high in CBD, because I am convinced that the whole plant is medicinal and not just some compounds. We have obtained good results with preparations high in THC, mainly as an analgesic in traumatological and oncological pathologies, which present with pain and decreasing muscle spasms as a result of canine Distemper.

L.R: I read that for now you only treat dogs and cats, why is cannabis treatment less common in other animals?

F.M: I only treat dogs and cats as I don’t hold a specialization in exotic animals and because there is still not enough pharmacological information on cannabis in exotic animals, such as dosage, adverse effects, metabolism, toxicology, etc. 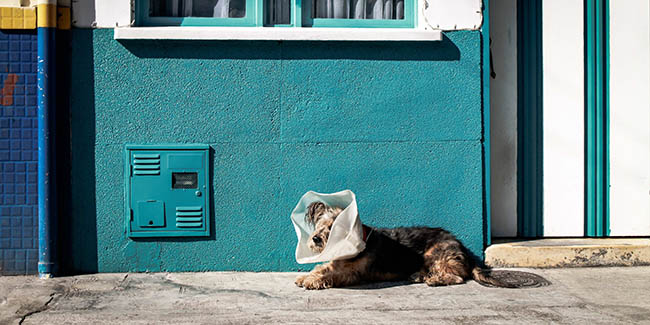 L.R: Are there many professionals who, like you, treat animals with medicinal cannabis?

F.M: In general there are few vets who work with cannabis. At this time I am aware of a vet in Arica, another in Antofagasta and another in Quilpue in Chile. And, in general, in Latin America, I know of vets who work in Colombia and Argentina.

L.R: Do you think that people have faith in treating their pets with cannabis?

F.M: I think there is fear and ignorance on the part of the population about these types of therapies in pets. Mainly because there is not much information in the media. It is not known, in general, that the endocannabinoid system is common to many animals. And that therapies with cannabis in animals, as in humans, are safe and generate few adverse effects, if the right products are used and the correct dosage.

L.R: We imagine that you have treated many animals, could you tell us about a case that has impacted you a lot?

F.M: Urak, canine, mestizo of approximately 8 years old, weighing in at 36 kg. At the end of 2016 he began to present disorientation, low mood and convulsive episodes. Since March 2017 he also had episodes of hyperalgesia, which caused him to lose mobility. An MRI was performed, which revealed a neoprofiferative mass in the diencephalon, suggestive of Glioma. In September of 2017, when he came to my office, he was prostrate, presented submandibular edema, chest edema and various support lesions on the back and chest. He had been receiving treatment with prednisone and pregabalin since January 2017, in different doses and at hourly rates, without any improvement. The treatment began on September 24, 2017, with an orally administered preparation, made with White Widow, a high THC variety, complementary to his conventional drugs. Since he started the treatment he has begun to have more mobility, he has not presented hyperalgesia or seizures, the edema has disappeared and he in good spirits and with good appetite. Now Urak has returned to his normal life and the last MRI scans show no progress or regression of the tumour.