The word “Dreyma” means “dream” in Icelandic. And, although neither of its members have anything to do with the land of fire and ice, the connection with nature is key to their music and evident in their video clips. It is also key to the dream state in which their dream-core electronic melodies immerse you. But Cris and Mel are much more than that: Risketos in the middle of an interview; their favourite food (ramen) seven days a week at Ramen Nogacu; pizza at any time; Fisk shots at El Muro; escaping to the rehearsal room when a party’s in full swing; fleeing from a working dinner in Oslo and racing off to arrive for the end of the La Luz concert; hollering from the ‘La Ranita’ (the frog ride at Malaga fair) to announce their performance at El Canela; and, above all, song dedications to the people they love during their gigs.

Or at least this was Dreyma’s image in Malaga. Now, they’ve moved to Barcelona, ​​live together and are composing their new album in their rehearsal room, ‘Hawaii’, which is also their home. We don’t know if soulmates exist in romantic love, but we can certainly swear by the existence of musical soulmates, their case being the prime example. In this interview, we talk with Mel and Cris about the changes they’re experiencing in their lives and their music after moving to Barcelona. We also talk about the medicinal CBD they’ve discovered thanks to Yuyo Calm, and is very much present in their artistry and their personal lives. 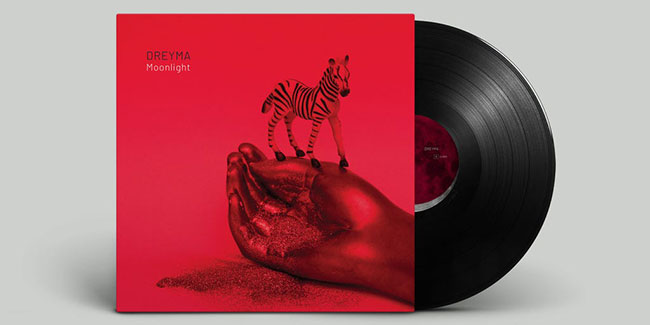 Laura Rueda: How long have you been using CBD oil for? How did you find out about it?

Dreyma: We met María and Isabel, creators of the Yuyo Calm brand, just over a year ago in Madrid. They gave us samples of very cute little bottles of CBD. It was love at first drop. Hahaha. As the name of one of these oils rightly says, pure calm …

Laura Rueda: CBD is quite multi-purpose. What do you use it for?

Dreyma: Sometimes we take it for anxiety, in times of high stress, before a gig … It produces an effect of absolute balance.

Laura Rueda: We are at a time of overcoming the stigma of mental illness and disorders such as anxiety. More and more celebrities say they suffer from depression or go to therapy … Do you think it’s a good thing to have role models and normalise these types of disorders?

Dreyma: Yes and yes. Therapy is a benefit that everyone should have access to. It’s true that it is increasingly normal to communicate our inner states. As humans, we’re vulnerable and have the right to feel free and accepted – even with our fears and weaknesses. We’re not perfect.

Laura Rueda: ‘Moonlight’ is an EP, but it’s also an audio-visual project in which you explore moods. How did you decide on such a complex issue? Did it benefit you like therapy in any way? Did it give you a better understanding of yourselves?

Dreyma: ‘Moonlight’ is based on the premise that everybody has a light side and a dark side; light always prevails in the end, though. The four states that we define in this EP – and that we analyse in depth – emerged from within, made us understand what we are like and how to put distance between and place value on things. It was a difficult, intense and valuable journey.

Laura Rueda: You’re in the process of creation. What concepts are you working on? Can you tell us anything in advance?

Dreyma: We’re currently working on our next album, which will be called “Salvaje”. This time we’ve decided to set aside the conceptual, and flow with the music. We’re focusing more on it as such. We’re still experimenting, but this time in a less cinematographic way. Our sounds are growing in terms of contrast and tropicality, preserving the ethereality of Dreyma. We’ll soon release a single. The album is almost there…

Laura Rueda: A few months ago, you decided to leave Malaga and live in Barcelona. Do you consider it’s better to live in cities like Madrid or Barcelona to dedicate yourselves to music? Are you touring more now?

Dreyma: We’ve stopped the tour to focus on composition. We’ve moved in together, and having the rehearsal room at home is a dream. We’ve dedicated this time to adapting to this new phase, to working on the new sound and to preparing for what lies ahead, together with our producer, Marcos, who is working with us again on this album. The city’s cool to connect, but we think the ideal thing for composing is to be immersed in your own cosy, special environment (like our rehearsal room, which is called Hawaii). We feel that the countryside and nature would be perfect for it: we dream of going to Iceland for a month, or to any part of the world where the energy of nature is palpable. After this break, we’re closing some gigs for spring / summer. For us, being in Barcelona means being closer to hitting Europe. We long to play abroad! 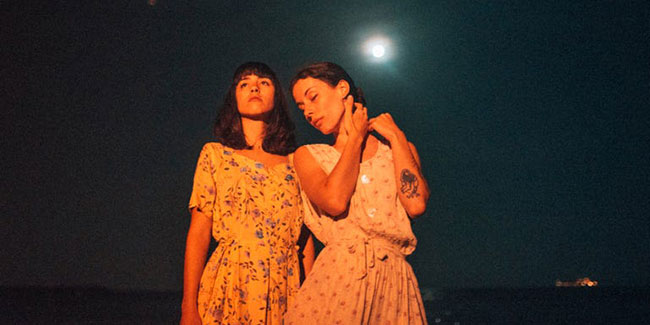 Laura Rueda: Going back to CBD, do you think that cannabis is still stigmatised? What would you say about CBD to people who still have prejudices?

Dreyma: We think so, but this past year we’ve seen that more and more people are open to sharing and understanding experiences. In the end, it never ceases to be something good – for personal use, a ritual or a way of treating your health. CBD isn’t dangerous: on the contrary, it’s beneficial for health and sweet for the soul.

Long live Dreyma and their music! We hope that their melodies extend beyond the borders of our country very quickly and that they can tour around the world. Also, long live people who, like them, normalise substances such as CBD, contributing to their regularisation. And, finally, long live the Yuyo Calm girls and their oils! We promise to interview them very soon to learn more about the background of these two entrepreneurs who are committed to the calm and well-being that cannabidiol can bring to our hurried lives.

How to grow a cannabis bonsai

Bonsai marijuana plants are neither a myth nor a legend. This is a very real and fun way to grow a cannabis strain in a pot. After all, the word bonsai simply ...