Have you ever heard of CBGA, a sort of ‘mother cannabinoid’ that is revolutionising the medical cannabis industry? During the ripening of the marijuana flowers, CBGA plays a key role in the development of the most popular cannabinoids. In this post we explain everything there is to know about this compound so you’re up to date with its huge future potential.

Cannabigerolic acid or CBGA is the acidic form of cannabigerol (CBG), one of the cannabinoids with the greatest potential for cannabis-based therapeutic treatments. This is just one of a growing list of new compounds that have the capacity to completely turn the marijuana industry upside down.

Fresh cannabis plants produce CBGA, which is the predecessor of the three main lines of cannabinoids: tetrahydrocannabinolic acid (THCA), cannabidiolic acid (CBDA), and cannabichromenic acid (CBCA). In fact, CBGA is also known as ‘the mother cell’ of all cannabinoids because, as the cannabis plant ripens, the enzymes that are specific to this plant decompose this acid and ‘steer’ it towards one of the three lines.

When exposed to light and heat, and with the effects of ageing, these acidic cannabinoids undergo a process called decarboxylation, which consists of the removal of a carbon atom from their molecules. This transforms them into their active forms: cbg, THC, CBD, and CBC.

But even though CBGA is not in its active form, it still has a fundamental role in the cannabis plant. What’s more, it showcases many therapeutic properties that have aroused the interest of the scientific community over the last decade.

How is CBGA obtained?

Due to its precursor role, CBGA levels in the cannabis plant are initially very high, but decrease over time, leading to cannabinoids. As CBGA transforms into these other cannabinoids, its concentration ends up being very low in the ripe marijuana plant.

While CBD and THC are found in concentrations of up to 20% of the composition of the flower by weight, cbg represents less than 1% in ripe cannabis flowers. This means that growers need 20 times more biomass to get the same amount of CBG as that of a typical CBD or THC yield.

To obtain CBGA in large quantities, this transformation must be avoided, and so the plants need to be harvested before they ripen. To help preserve the largest amount of CBGA, an optimum extraction window has been identified at around week 6 in an 8-week flowering cycle.

Evidently, harvesting unripe plants means sacrificing lots of THC and CBD from these crops. However, some studies have managed to synthesise CBGA from yeast, and some high-CBGA cannabis strains have already been created through breeding techniques. This is the case of Kannabia’s CBG Auto: with only 0.1% THC content, this strain has CBG levels of up to 7%.

In contrast, though, while CBD produces a relaxing effect and showcases anxiolytic properties, CBGA users claim that this cannabinoid produces a stimulating effect, as it makes you feel energetic after consumption. Therefore, CBGA can help you feel pleasantly optimistic or more prepared to face the challenges of the day. Having said that, it’s important to remember that this additional energy is not the only thing that CBGA has to offer.

After having gone unnoticed for years in the shadow of the great cannabinoids, CBGA’s medical potential has finally been scientifically proven in the following fields:

CBGA in the fight against COVID

CBGA has also proven to be a remarkably effective antiviral agent, according to some studies that have tested its ability to fight the coronavirus. A 2022 study discovered that this cannabinoid can block the entry of the COVID-19 virus into human epithelial cells.

Additionally, CBGA has also demonstrated its effectiveness against two different variants of COVID. So, although more research is required, it is believed that CBGA could be a great ally in both the treatment and prevention of the infection by this virus.

How to use CBGA safely

Nowadays there is a variety of CBGA products available on the market, ranging from oils to gummies. As with all other cannabinoids, the effects of CBGA vary significantly depending on how it is used. When ingested orally, it produces long-lasting but relatively mild effects. When inhaled, this precursor of cannabinoids produces much stronger effects that fade away more quickly.

But if what you’re into is growing your own plants, you must remember that CBGA is decarboxylated when it is exposed to heat, so smoking or vaping this compound will turn it into CBG.

To use it in its acidic form, you must keep your crop under its decarboxylating temperature, which is around 110ºC. A fresh cannabis flower juice can be a good option, for instance. This also means that you’ll need to keep your CBGA under this temperature if you’re planning to use enzymes to transform it into a different carboxylic acid.

You must also keep in mind that, as this is a cannabinoid that has gone unnoticed for so many years, there are still no recommended dosage or usage guidelines. Therefore, if you decide to start using it, you should do so with caution, first at low doses that you can then increase gradually after observing the effects it produces in your body. In the meantime, and with so much research going on, we’ll closely follow the scientists’ work to bring you all the news about CBGA as soon as it emerges from the test tube! 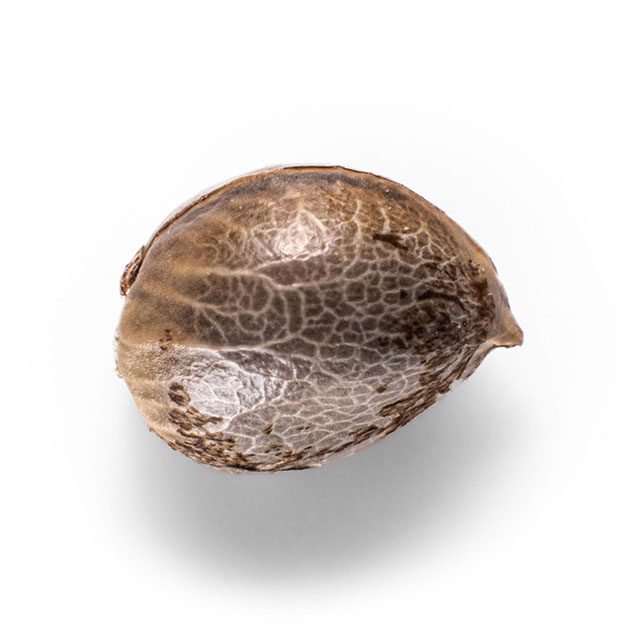 There are more than 100 different cannabinoids known to science; and many more are being discovered as the expansion of marijuana research continues. As new terms are introduced into our lexicon, you ...