The Congress of Deputies approved the proposal presented by the Basque National Party (EAJ-PNV) for the regularisation of cannabis, supported by the rest of the House last Thursday on 10th June. Against its image as a conservative party, the PNV defends the general legalisation of the use of hemp, although its current proposal is limited exclusively to the possible therapeutic uses of the cannabis plant. Legalisation is closer than ever.

PSOE’s decision to confront this question represents the definitive step to achieving therapeutic legalisation. Lucía Muñoz, a member of United We Can, takes a similar line: “It’s an important step to open the debate, given that they started from a prohibitionist stance.” Likewise, Carola Pérez, President of the Spanish Observatory of Medicinal cannabis (OECM), who has been working with political parties for five years in favour of regulation declared, “I hope regularisation will emerge from this as PSOE’s change of stance supposes a paradigm shift. It’s just the first step on a long road that won’t be easy, but here we are at last.” She added, “We’re not talking about smoking; let’s not mix debates about minors and joints; let’s talk about evidence in other countries.” The Observatory is committed to oils, ad hoc preparations in pharmacies, pills and vaporisers, she explains. And she emphasises that self-cultivation is ruled out for therapeutic consumption because scientists appreciate that you can’t determine the plants’ hundreds of different varieties of cannabinoids. The decision is a milestone as it’s the first time that the Spanish Congress of Deputies has opened its doors to the debate on medicinal cannabis. Although it is partial legalisation that will mainly affect patients and associations of marijuana consumers, it will also be welcomed by defenders of comprehensive legalisation as it represents an important advancement.

A subcommittee will be created to study the experience of other countries that have already launched therapeutic cannabis programmes. It will analyse the scientific evidence objectively in order to prepare a report for the Government based on the conclusions presented by the most competent experts in the field and, thus, create a regulation that a large majority of Spanish society have been demanding for years already.

The subcommittee will now have six months, crucial to medical cannabis, to prepare the report and present its findings. If the Health and Consumer Affairs Commission approves the report, it will be submitted to the House for debate and approval. From there it would go to the Government, which would have less than a year and a half to approve a hypothetical regulation if deadlines are met; if they do not, the work would up in the air for the next elections and it would be necessary to start over (although the report prepared would continue to be valid).

Daniel Viondi, Deputy of PSOE, will be the party’s spokesman on the subcommittee and insists on clarifying a point of confusion about what medical cannabis is: “When we talk about medical cannabis, we’re not talking about cannabis for recreational use. If use can benefit public health and patients, this must be valued, but we want to separate the two,” said Viondi. In addition, the socialist adds that the fact that an increasing number of states have been joining the therapeutic use of the cannabis plant (including France, Israel, the United States, Canada, Uruguay, Germany, Italy and a long etcetera) is “indicative”, but he defends the need for representatives of these countries to explain the models they are putting in place and the problems they are facing.

When this matter was previously debated by the Congressional Health Commission, the PP expressed its rejection, highlighting that scientific evidence is lacking and that they considered it “inappropriate” to raise this issue in the midst of a pandemic. Vox went further, adding that it is only an attempt to “launder the drug” and announced its “total opposition” to any proposal to legalise cannabis. Unidas Podemos (United We Can) is currently preparing a bill for the comprehensive use of cannabis; this is due to the fact that it believes that the debate framework offered by the subcommittee is “quite narrow” because it addresses a multidimensional issue such as cannabis “from one point of view only,” explains Deputy Lucía Muñoz. “What about the economic side? Who’s going to produce the cannabis, who’s going to do business and make profits? What about the gender gap in which women carry the can for organised crime? What about the ‘gag law’? Anyone wondering about the consequences for a kid who is fined 600 euros for possession?” she reflects. None of these issues are addressed in the medical cannabis debate. 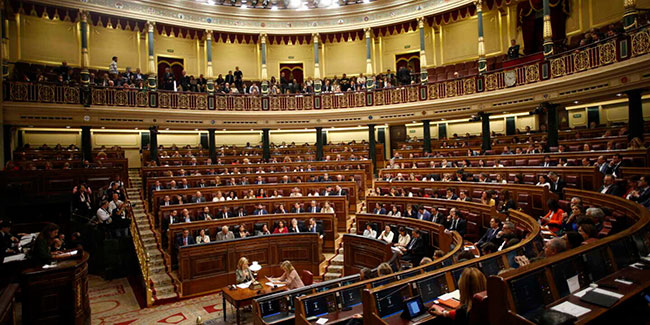 Proponents of regulation believe that at present the only possible end to this process is regularisation. They say that Spanish society is ready, citing a recent CIS survey that estimates support for regulation for therapeutic purposes at 90%, which the PSOE also highlight as decisive when it comes to measuring the social pulse regarding this issue. Advocates also point to the unjustifiable contradiction they see in the fact that the Government grants licences to certain people to grow and export cannabis to other countries, the same cannabis that all previous Health Ministers have refused to regularise because “there’s not enough scientific evidence.” But there are advances even here, such as a greater willingness on the Government’s part: the Spanish Agency for Medicines and Health Products (AEMPS) increasingly grants more licences of this type, both for cultivation and production for export purposes and for medical research, one of the reasons scientists ask for therapeutic regulation – with regulation, research would be much easier.

The OECM trust that the parliamentary groups will implement the subcommittee as soon as possible. It will be an opportunity of vital importance to listen to the legislators in the field of health of those countries with legislation and regulations based on the regularisation of medicinal cannabis already established, as well as researchers, health workers and legal experts who participated in the creation of these laws.

Last but not least, it’s vital to highlight the change in position of the United Nations (UN) last December in eliminating cannabis from Schedule IV of narcotic substances (those which do not have therapeutic properties and are subject to maximum control) to reclassify cannabis in Schedule I (substances that do have medical potential).

Likewise, we understand that the presence of patients who have already benefited from permissive regulations governing the use of medicinal cannabis in their countries of origin will also be a factor to be taken into account as an essential precedent.

Carola Pérez, President of the OECM, has been expressing her position on the existing blockade of the use of cannabis for therapeutic purposes for years: “We are pioneers in extracting strains. We have the best researchers and licenses to grow. Nobody understands it. We haven’t found a solution for 70% of chronic patients,” she explained. Another “fundamental battle” is to know “what pathologies are going to be included and, therefore, who can access medical cannabis: whether it’s for chronic pain, neuropathic pain, cancer or not,” says Pérez. But there is time for this – it’s only a matter of waiting. Last Thursday, just one more step was taken.

2016 has been a monumental year for cannabis. If the recent election results from the United States are any indication – cannabis prohibition is being dismantled at its core. One in five Americans now lives ...

Switzerland has always drawn our attention for its versatile penknives, its creamy cheeses and its precise clocks. These days, additionally, it is notable for becoming the first country to sell “Cannabis Light” in ...