Lesotho, a country located in southern Africa, completely surrounded by the Republic of South Africa, is known as little African Switzerland due to its orography – 70% of its territory is composed of mountains, whose heights sometimes exceed 3000 metres. 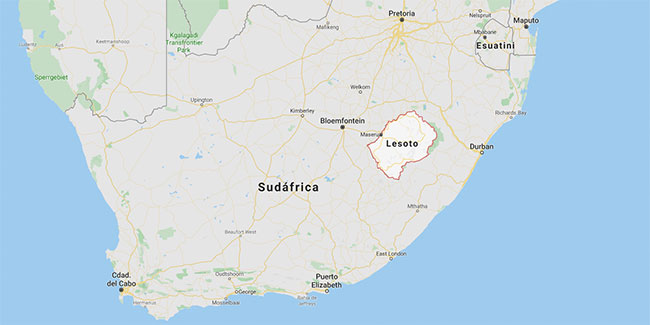 It was long-regarded as a privileged country because of its geography and resources; in fact, a 1999 study conducted by the United Nations Office on Drugs and Crime revealed that 70% of marijuana entering South Africa came from Lesotho. However, the drought caused by climate change, the prevalence of Aids affecting 17% of the population, and unemployment (caused in part by the devaluation of the South African currency, the rand) wreaked havoc in this small African paradise.

About 20% of its inhabitants had to emigrate, and men were forced to work in the gold mines and women cleaning the homes of the richest in South Africa.

However, a green ray of hope appeared on Lesotho’s horizon in February 2017 when it became the first African country to legalise cannabis cultivation. Nevertheless, all that glistened was not gold since only two foreign companies obtained licences to grow it while cultivation was prohibited for farmers and the general public. The harvest, sale and possession of cannabis, or ‘matekoane’ as it is known in Sesotho, remains illegal throughout the country to this day.

According to Emmanuel Letete, an economist at Lesotho’s Ministry of Planning and Development, the commercialisation of cannabis has the potential to change the economic situation of many people in the country although, according to him, people do not recognise this yet. Moreover, he says that while mountainous geography hampered the growth of agricultural businesses in the past, Lesotho’s altitude could be the key to its fortune. 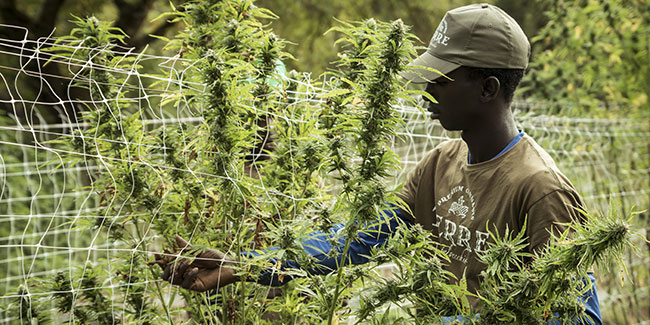 For some, for example young climate activist Chris Ranthini, this is a racial problem. This young man believes that there shouldn’t be black laws for certain people and white laws for others; also, when cannabis was legalised, it should have been legalised for everybody, thus giving smallholder farmers the opportunity to thrive in the sector, otherwise they will never be able to enjoy that fortune to which Letete refers.

A farm of AI’s growing indoor cannabis? No, we are not talking about the plot of a futuristic Blade Runner movie. It is a fully automated project that will ...