A revival of the iconic Bob Marley strain?

During the second half of the 20th century, Jamaica enjoyed widespread fame as a landmark destination for cannabis culture in the world. The island’s special features, with fertile soils and warm tropical climate, provided the ideal growing environment for marijuana cultivation, with plants endowed by nature with a remarkable strength and rapid growth. In addition, the island has been considered the cradle Rastafarianism, a spiritual and social movement that is the result of a process of syncretism of different religions (among them African beliefs, Hinduism, Christianity and Judaism) and for which consumption of cannabis plays a very important role in their rituals. Local indigenous varieties of weed used at the time were highly valued, but unfortunately most of them have disappeared.

Now a scientist from the island of Dominica, Dr Machel Emanuel, a Jamaica resident since 2007, is working on an interesting project: recovering a landrace cannabis strain. This supreme ganja strain is an island-specific variety that disappeared during the 1980s, a period when the international fight against drugs intensified and caused its eradication. 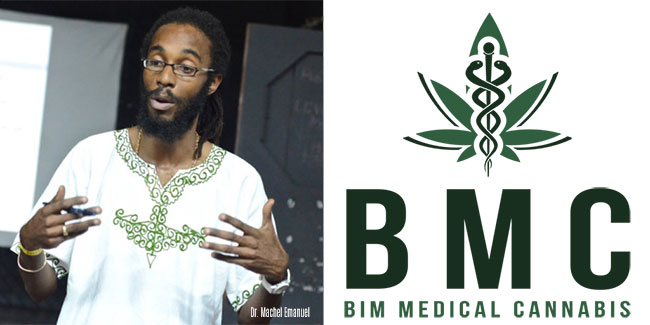 The biologist assures this is a very rare species, a unique native variety from this region that easily adapted to the special climate of the Caribbean island and developed unique both smell and taste characteristics and the euphoria effect that produces, and despite, curiously enough, the low levels of THC that contains. It was one of the favorite cannabis of recognized characters of the time, such as Bob Marley, Peter Tosh or Bunny Wailer, founding members of reggae group The Wailers.

The 35-year-old scientist has traveled the Caribbean over recent years, carefully searching for ganja seeds of nearly extinct species to reproduce them in a lab. Some of these were provided to him by a Rastafarian who has lived away from society for more than 40 years. Now, he carefully grows and protects this cultivar at the University of the West Indies (UWI) in Kingston, in a greenhouse of native plants built for this purpose in the botanical garden of the Biology Department at this university. This landrace strain, the same once enjoyed and appreciated by some of the most popular international reggae stars, grows to a considerable height. This was one of the factors that led to its disappearance, as local farmers replaced these cultivars by other strains shorter in height that were easier to hide and therefore more difficult to spot by the authorities, since during this period cannabis crops were persecuted and destroyed.

Machel Emanuel hopes that those farmers who have preserved these seeds, as well as the UWI recovery program that has made it possible, can finally see their foresight and efforts rewarded. Also, he expects large corporations to adopt fair and equitable business practices in small nations, such as Jamaica, where marijuana was decriminalized in 2015 but its use was already deeply rooted in popular culture, since the development of this new emerging market can provide a major economic opportunity for the island. In Jamaica, there is also a nostalgic factor for the culture of ganja, the Jamaican-Hindi term for cannabis used by many of members of the Rastafarian movement, a long tradition that has gained widespread acceptance and has become an added value in terms of marketing promotion.

Ventilation needs for a home grow

When talking about ventilation needs for a home grow, We are mainly concerned with the needs of air in marijuana seeds indoor cultivation, because naturally outdoors the air circulates freely and there are ...