Since last November 12, consumers of medical marijuana in Argentina can legally obtain this substance. According to the new legislation that was approved on November 11, Decree 883/202, people’s access to this plant will be exclusively intended for research and medical use. The new legal text sets the standards and requirements for the use of cannabis for medical purposes nationwide. All patients will have to obtain a prescription from a doctor and need to register in the national Cannabis Program Registry (Reprocann), a professional network that will be in charge of keeping a record and authorizing cultivation of cannabis for self-consumption. Users will also be able to legally purchase from pharmacies a broad cannabis-derived range of ailments produced in this South American country, as well as those imported from specialized producers or authorized companies registered in Argentina. In addition, the new decree provides for patients without social security benefits since it will facilitate health coverage for these therapies from both public and private insurance systems.

“This is the regulation we would have expected back in 2017,” says Valeria Salech, president of campaigning group Mamá Cultiva Argentina, as quoted by the online newspaper Infobae.com.

It was that year when Argentina passed law 27350 regulating the medical and scientific research on cannabis and its derivatives, but leaving the question of consumers access to this therapeutic plant unresolved and people kept buying their cannabis products on the black market. 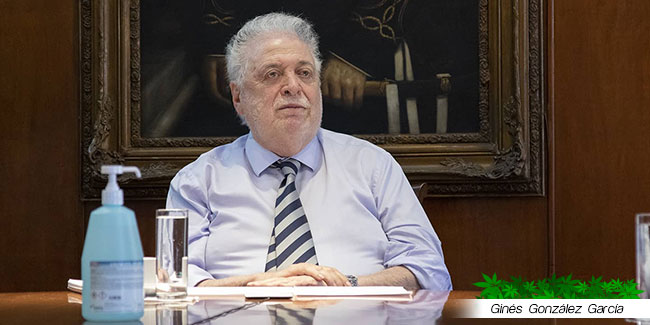 Actually, the introductory text of the bill recalls that, at that time, Law 27350 already made provision for the creation of a voluntary registry of consumers of medicinal cannabis at a national level in order to facilitate free access to this plant and its derivatives, but this measure was never fully implemented. “These regulations greatly restricted cannabis access to regular citizens and, in response to this situation, a significant group of users decided to satisfy the high demand for cannabis oil by growing their own plants. Over time, they built strong networks and developed different civil society organizations that are currently enjoying not only legal recognition but also social legitimacy ”, as stated by the text of the law, which also highlights the great risks and challenges faced by these individuals and their families since they had been socially sentenced for taking an “active role” in order to alleviate some of the difficulties and pain caused by their illness.

Moreover, the new text, approved on November 11 and published in the government Official Gazette of the Republic of Argentina at 12 a.m. that same night, details the terms of the new “national program for the study and research of the medical benefits of cannabis, its derivatives and other alternative treatments”. This program will be supervised by the National Administration of Medicine and Medical Technologies and will be intended to disseminate cannabis properties and uses in medicine, enable a supply network to provide free access to the plant to patients with a medical prescription and promote scientific and clinical research on cannabis by promoting and supporting investigation agreements with universities. In order to guarantee the necessary national supply, cultivation of cannabis can be only authorized by the National Institute of Agricultural Technology (INTA) and the National Council for Scientific and Technical Research (Conicet).

Although many national universities had already started to work on cannabis research by last year, Government had not yet passed a regulatory law that would facilitate general legal access to this plant nationwide. A report published by El Planeta Urbano website shows how a group of graduates from the University of Buenos Aires, who had shared classes for the Technical Degree in Organic Plant Production (TPVO) program, get organized and launches the so-called ‘Cannabis Study and Work Group’ (GET) in 2019. They started holding meetings during breaks in between classes and they soon managed to get the university involved in providing them with a gathering space in the college gardens where students can now meet regularly to discuss green issues.

According to a CIS survey of almost 3,000 people in 292 municipalities and 49 provinces of Spain, 84% of Spaniards would legalize cannabis for medicinal purposes. According to this Centre for Sociological ...