An executive order that will mass-pardon convictions for low-level marihuana possession was issued last October in Colorado, one of the first states in the US to fully decriminalize cannabis. All these pardons are expected to be granted within 90 days, pursuant to a bill passed in the Colorado House of Representatives just in time to go into effect before 2020 ended.

In this southwestern state, black communities have been systematically criminalized due to cannabis consumption while the new booming pot industry is overwhelmingly white. This constitutes another step backwards in social equality that must be stopped. The new regulatory measure seeks to reduce racial disparities and advance towards a long-awaited greater social equity by pardoning past criminal convictions and providing opportunities for those people who had to remain out of this industry since past marijuana-related offenses have permanently stood in their way to obtain licenses and be in a position to actively participate in this growing economic sector. Several local groups have long been denouncing this injustice since thousands of people were still paying for offences, such as low-level marijuana possession, that are no longer considered a crime today.

“There are too many people in Colorado” Governor Jared Polis explained “who have been followed by convictions for possession of small amounts of cannabis for personal use, something that is perfectly legal now, and this have prevented them from obtaining loans, leases, funds, licenses, jobs or mortgages.” Therefore, it is essential for many communities to put an end to this situation and make some progress in human rights and take a step toward a fair system. 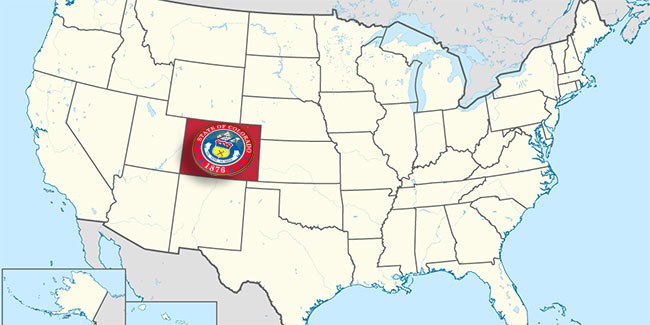 This measure was necessary in order to restore and reverse an unjust situation and it has been seen by citizens as a first important step to put a stop to the social burden that inequity represents and to address access to new opportunities for people once and for all. The pardon is also considered as a symbolic action to formally recognize the existing systemic and institutional racism, and both the Black Cannabis Equity Initiative (BCEI) and the Colorado Black Round Table have publicly supported and celebrated the initiative. These two organizations had been long calling for a reform in this direction and had already sent a letter to governor Jared Polis asking to release all prisoners serving sentences for cannabis-related crimes before the signature of the bill was made effective.

Thus, the new law was expected to take effect in less than 90 days and thousands of Coloradans have already received the institutional pardon and the expungement of criminal records, opening the way to achieve the much needed and desired social equity in this state.