Miguel Vila Gómez, member of the Unidos Podemos group – En Comú Podem – En Marea sent a question to the Congress of Deputies in October 2018. This question about the licenses granted so far to grow cannabis sativa in Spain was answered in writing by the Executive at the beginning of 2019, on January 2. In total, eight authorizations have been awarded to date, five for research purposes, one for purposes “exclusively didactic and educational” and two for medicinal purposes.

In seven years, from 2011 until December 2018, the Spanish Agency for Medicines and Health Products (Aemps) has delivered eight licenses for the production and cultivation of cannabis. According to the laws of our country, cultivation of the plant is prohibited, but some companies have the approval of this institution for plantations. According to the text, issued by the Executive to the deputy, currently only five of these are in force.

The General Secretariat of the Congress of Deputies indicated that the cultivation of the cannabis plant for the production of fibre, traditionally known as cultivation of textile hemp, has been regulated by Law 17/1967, April 8, on Narcotic Drugs and allows cultivation with the express authorization of the correct authority, in this case the Ministry of Health, Consumption and Social Welfare.

On the other hand, AEMPS granted 6 Cannabis Sativa cultivation authorizations for research, didactic and educational purposes before December 2017. According to the document, “in the past month of January, only one entity had authorization – distinct from previous ones – for the cultivation, production, manufacture, import, export, distribution and trade of cannabis sativa and its products for medicinal purposes.” 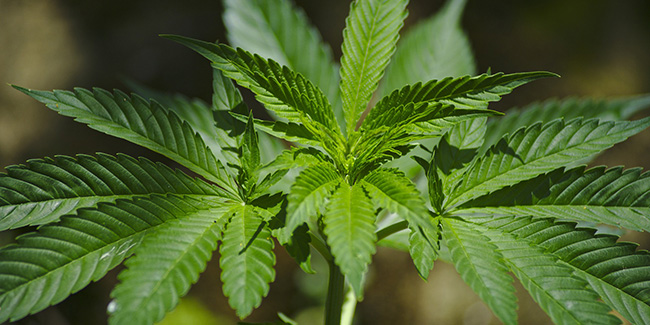 From 2011 up until February 2018, the Spanish Agency for Medicines and Health Products has granted 12 authorizations for the cultivation of plants for the manufacture of narcotic drugs, including authorizations for the cultivation of “cannabis sativa” and “papavers somniferum”. To date, it has also granted 8 authorizations to cultivate “cannabis sativa” to seven entities. 5 for crops for research purposes, one of which is for content lower than 0.2% Tetrahydrocannabinol (THC), 1 license for cultivation for educational purposes only and 2 for cultivation for medicinal purposes. One of the two for medicinal use is for the production and export of seeds and cuttings of cannabis sativa, and the other for the production and manufacture of cannabis and its products.

How many of these are in force? According to this document, 4 for cultivation of the plant for research purposes, including that with a content lower than 0.2% THC, plus 1 authorization for the production and manufacture of “cannabis sativa” and its products. They also noted in their reply that there are 8 applications for authorization of cultivation in process; four for medicinal purposes and 4 for research purposes. The entities authorized for this last objective are Cáñamo and Fibras Naturales, S.L. (Cafina), CIJA Preservation, S.L. DJT PLANTS, Phytoplant Research, S.L and Polytechnic University of Valencia.

The entity that holds the license for “exclusively didactic and educational purposes” is the Ethnographic Park Pirámides de Güimar SAU, located in Santa Cruz de Tenerife. JTT Plants has authorization for the production and export of seeds and cuttings of cannabis plants, and Alcaliber SA is licensed to produce and manufacture cannabis and its products.

What does an entity need to request authorization from AEMPS? The contract with the entity or entities supplying the seeds and / or cannabis cuttings and the documentation that justifies that said entity has authorization to obtain these seeds and / or cuttings. After this approval, a follow-up is made through annual reports of results and activities carried out. The authorized entities are asked to detail all data related to the authorized project.

In the letter they also make it clear that the Spanish Agency for Medicines and Health Products “can carry out the inspections it deems necessary, during which the company must provide all data related to the project that are required.” Last year this parliamentary question was asked by the Socialist Group to the Congress of Deputies and at that time the Government responded that it had received about 160 requests for authorization of cannabis cultivation.

Czechs are increasingly treating their pets with cannabis

Epilepsy, diabetes, arthritis, various cancers – all of these and many more illnesses afflict not only humans, but also animals. And since every animal on this planet has the same endocannabinoid system as we ...