There are many ways to make cannabis oil, but all involve laborious preparation, because it takes at least a few days to obtain it. Besides that it involves some health risks, since toxic solvents must be used. Now, a group of students from the University of Buenos Aires in Argentina have created Nectar, a fast and safe extraction system that takes just 5 to 30 minutes to create the product.

Cancer, Alzheimer’s, migraine, hepatitis, asthma, epilepsy, AIDS, Parkinson’s, anorexia, autism, chronic pain … there are many ailments and diseases that we can treat and relieve with cannabis. A group of students of industrial design of the UBA (University of Buenos Aires), saw a good opportunity to link these benefits with their end of degree study. The result was the creation of an extraction machine that they have called Nectar.

“Néctar is a project developed as an industrial design degree thesis in the city of Buenos Aires during 2017. This project consisted of development of an essential oil extraction machine for technology and national production, aimed at obtaining samples of oils for medicinal and scientific use, focusing on a large network of public laboratories in Argentina for its production “, explains one of the students who created this prototype from a video. 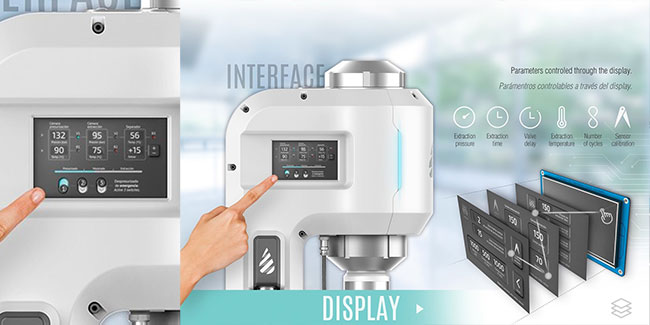 In March 2017, the Argentine Congress approved a law for the regulation of medical and scientific cannabis research for medicinal use. For the five students of the Faculty of Industrial Design of the University of Buenos Aires, it was clear, they had to capture this historical moment in their final year project. They decided to create Nectar and, in this way, try to make life easier for all the patients who, to find their medicine, have to spend hundreds of dollars on a bottle or go to the black market, where products have no sanitary controls.

So Nectar provides an answer to an existing social problem. And it does so using industrial design and technology. The extraction method uses supercritical fluids, with carbon dioxide for separation.

“This method is not only a considerable improvement on typical extraction processes, which usually use solvents, leaving toxic residues, but also improves safety at the time of production, since solvents are flammable, toxic and dangerous to use”, they explain.

As they state continually in the aforementioned video, the approval of Law 27.350 on medical and scientific research on the use of cannabis and derivatives marks a before and after in Argentina. Nectar is a national solution, potentially counteracting the importation of oils from abroad that, in addition to being considerably more expensive, come from countries that do not have the same drug control regime as in Argentina. 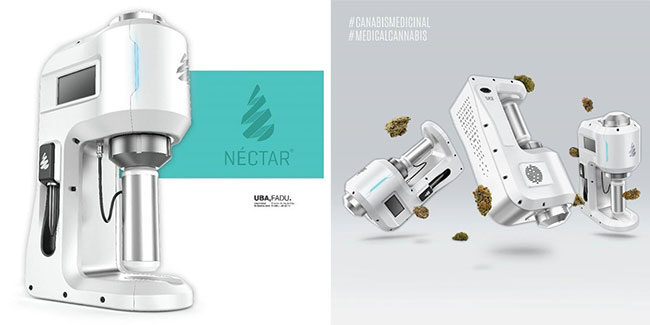 A prototype aspiring to be a machine

At present, Nectar is only a functional prototype that was tested in FADU-UBA, although now it is being improved and the process optimized, in order to begin test production of the equipment. It has even received recognition, winning the contest Emprendé ConCiencia 2018, from the nation’s Ministry of Production.

“One of the fundamental values ​​of this machine is to be able to precisely control the extraction parameters. This allows us to extract components of vegetal material in a selective way, guaranteeing the repeatability of the results. Providing a response to the need for local production of essential oils for medical cannabis research use, “explains another of the student team members.

The manufacturing process is very simple, we only have to put the sheets in the stainless steel cylinder, then press the screen where the pressure parameters and temperatures are marked. The final step is to press play and Nectar goes into operation. This machine is based on an example known and used industrially, a coffee machine, which extracts caffeine. 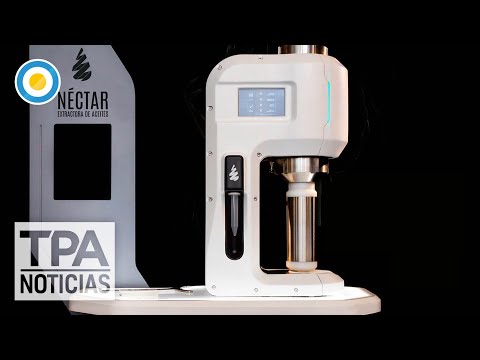 Nectar is portable, like a home appliance, so it is easy to transport, as well as being very intuitive to operate. We only need vegetable raw material and dry ice. It is also an example of how industrial design can provide answers to the social problems of the country. Now all that is needed is for the country to become more enlightened and the law to be changed since at the moment cannabis oil is only legal for people affected with refractory epilepsy.

Cannabis Is More Beneficial To Adults than Young People

According to the journal Nature Medicine, an international team of researchers have proposed an unusual remedy against the cognitive decline that comes with old age and affects to memory or learning capacity: small, daily ...