Change the Constitution or pass a law regulating the recreational use of cannabis: these are the two options that are back on the table in Colombia. In 2015, the Latin American country approved medical marijuana (which more than 60 authorised companies in Colombia are already involved in and for which only 543 cultivation licences were granted in 2019). The Colombian Supreme Court also ruled in 2015 that the cultivation of up to 20 plants for personal consumption was allowed without a medical prescription. The court ruling overturned a previous sentence of more than five years in prison for anyone caught by the police with a recently cut plant weighing 124 grams; beyond this, however, any attempts to regulate recreational cannabis use have so far been unsuccessful. 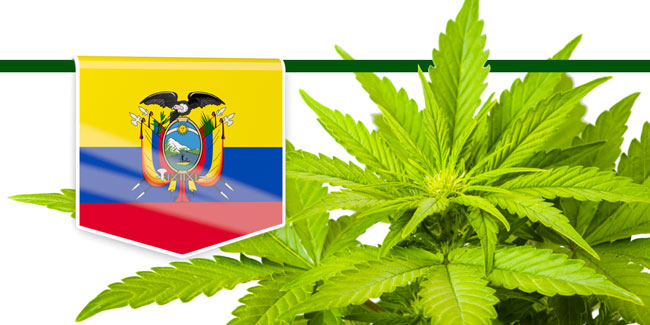 According to the newspaper El Espectador, two initiatives that had previously been dismissed have been presented once again. One of them was proposed by journalist and writer Gustavo Bolívar, who became a senator in July 2018 and who is a member of the Decency List, a coalition of six left to far-left parties. Bolívar’s proposal, which has the support of 35 congressmen and former President Juan Manuel Santos according to El Espectador, is a bill that includes establishing the Colombian Institute for the Regulation of Cannabis, which will be in charge of implementing the national policy regarding the import, export, production, storage, marketing and consumption of recreational cannabis. It also includes access to cannabis through dispensaries, non-profit clubs and establishments, and stipulates that 35% of the licences to cultivate cannabis are to be granted to small producers. When the bill was presented in September 2019, Bolívar stressed that the initiative had been developed over eight months together with social organisations, farmers, growers and victims of the war on drugs.

However, the bill may come up against a major obstacle – Article 49 of the Constitution of Colombia, which has prohibited the possession and consumption of narcotic or psychotropic substances unless prescribed by a doctor since 2009. The sole purpose of the other legislative initiative on the table for the legalisation of recreational cannabis is to reform this particular Article of the Constitution.

Promoted by Juan Fernando Reyes Kuri and Juan Carlos Losada, both of whom are members of the Colombian Liberal Party, the proposal aims to reform the Article, adding that “the prohibition provided in the previous paragraph will not apply to cannabis and its derivatives for recreational use by adults and within the establishments provided by law.”

The Liberal Party is committed to limiting itself to the constitutional reform and, according to what Reyes Kuri told El Espectador, leaving the development of the provision on recreational cannabis to be done through regulations.

Possession of 20 grams of cannabis for personal use has also already been decriminalised; amounts between 20 grams and 1 kilogram may result in a prison sentence of between one and three years, and fines ranging from one hundred minimum wages (which in 2020 is 877,802 Colombian pesos, equivalent to €200) up to 20,000 euros. Today, the sentence for possession of more than a kilo of marijuana ranges from four to twelve years in prison, with the same maximum fine of 20,000 euros.

What you need to know to get a good harvest

The first sign the plant gives that the time has come to cut it will be the amount of trichomes in the buds that have changed colour, usually to an orange-brown or amber colour. ...