An absurd case of Czech hemp farmer Leopold Svatý, whose certified hemp had been seized by police two years ago during the cannabis tradeshow in the city of Ostrava, came to an end on 9 November. Mr. Svatý was sentenced by the District Court for exceeding the allowed limit of THC by 0.3% to 15 months in prison, probated for 24 months.

Mr. Svatý produced an impressive list of expert witnesses and documents from the fields of law, agriculture, drug policy and toxicology during the trial – none helped persuade the judge that Svatý cannot be blamed or sentenced for exceeding the legal limit of THC so slightly. The judge would not listen to Mr. Svatý’s attorney who – along with renowned experts – claimed that the hemp was grown from certified seeds, which can be grown legally throughout the entire European Union. There was also no point in the written report from one of the most respected Czech drug policy experts, which stated that plant material with 0.6% THC cannot be used to produce a “high”. “What was shocking to us was the fact that the judge began to read the verdict right after the closing speeches – she didn’t even take a few minutes to consider what had been said,” said Mr. Svatý’s attorney, Mr. Adam Biňovec.

Shall we now arrest all hemp farmers?

Our planet is quickly heating up, and recent summers in Europe have been very hot and dry, particularly this past summer. One can thus expect that most of the hemp grown this season in Czechia could have slightly exceeded legal thresholds of THC – and according to the above-mentioned verdict, Czech police could start raiding storehouses and prosecuting hemp farmers all around the country. Who cares that farmers cannot control the intensity of sunlight and the temperature when growing outdoors on many acres of land?

Yes, of course, common sense says that when a certified hemp strain contains more THC than the certificate claims, it cannot be the farmer’s fault. If someone is to blame, it is not even the producer of seeds, it is Mother Nature.

How other countries solve this issue

Other European countries have experienced similar issues during recent hot summers – e.g. in Italy, hemp farmers growing a popular local strain, Carmagnola, were repeatedly exceeding the legal thresholds of THC and thus breaking the law. However the state approached the problem differently than in Czechia: instead of prosecuting innocent farmers, the government increased the legal limit of THC to 0.6%. Why? Because the politicians, lawyers and judges reasoned that it does not make sense to punish farmers for something they cannot control and also that cannabis or hemp with 0.6% THC would not get anyone high. 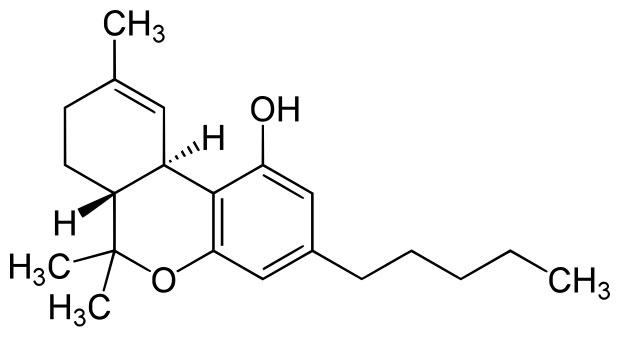 The verdict in Mr. Svatý’s case came right at the time when Canada and more US states have fully legalized cannabis and even the Czech Parliament is beginning serious discussion about legalization of home growing for all Czech adults. And in the meantime, a few hundred kilometers away from Prague, an unprecedented trial against a law-abiding citizen and ordinary farmer took place, where hypocrisy prevailed over science, factual arguments and simple logic.

The importance of a correct pruning

Marijuana plants are pruned to increase the production of flowers by different means. One objective of pruning may be to limit the height of the plant, forcing it to grow sideways and to widen. ...